THE LYIT LAW SOCIETY TO HOLD DEBATE ON EDUCATION REFORM

LYIT Law Society, in collaboration with the LYIT political party societies, will host an on-campus debate on ‘Education Reform’ next Thursday 27 February, 2014. 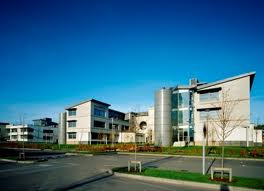 The aim of this debate is to provide a forum for discussion, on the current education landscape and to explore, future trends within the education sector in Ireland.

The debate has been organised by student society leaders. Student involvement and empowerment is the main driver of this event, with the event in its entirety, being organised by students for students. The debating panel on the night will include political figures from the Donegal area, namely;

So, if you are interested in hearing more or have a question for the panel on education reform, then why not come along to this event.

Have you lost a drone near Malin...