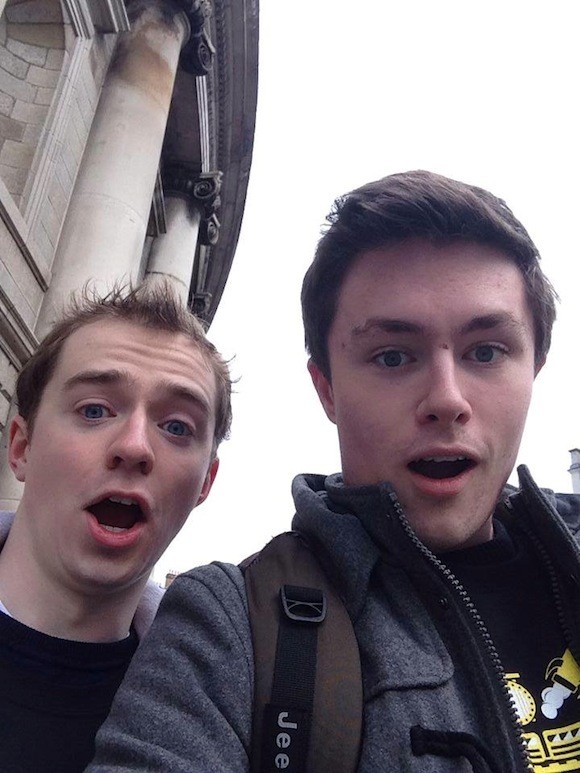 JAILBREAKING NEWS: DONEGAL students raising money for charity have journeyed more than 7,200kms – all the way to Seattle.

Student Daire McMullin from Stranorlar, a student in Trinity College Dublin and pal Paul McDonagh-Forde, made it to America’s Pacific coast this evening.

And they made the journey without spending a single cent!

All the money they raised along the way goes to St Vincent de Paul and Amnesty International.

The winning due out of the 50 pairs of students actually made it to Sydney!

Said Daire: “We’d like to Digital Fone Communications Buncrana and Filan’s Centra for help in getting to New York and we’d also like to thank Marian Murphy of Special Olympics Ireland (who we met on a whim at Dublin Airport), the Castlecourt Hotel in Westport, the Oranmore Inn in Collooney, Co.Sligo (we’ll have to have a few drinks there sometime!) and finally to the fantastic Cathal Jackson and Darren Power of Ireland’s top nightclub, Copper Face Jacks, who gave us a massive €1000 towards flights.

“It’s all been worth it for a great cause.”

You can still make a donation to the lads here: