PACKED HOUSE AS FINE GAEL LAUNCH SOME OF THEIR COUNCIL CANDIDATES 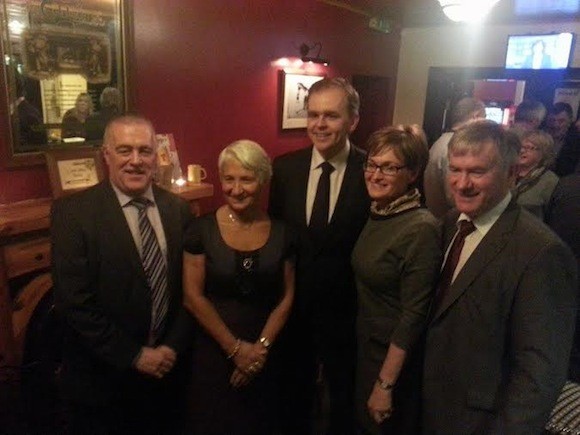 There was a packed house on Friday night last in McClafferty’s, Churchill for the launch of the Letterkenny-Milford area for the May County Council election.

Martin Egan, chair of the local Churchill branch and organiser of the Colmcille Winter School, was MC for the occasion.

Fine Gael MEP and leader of the Fine Gael delegation in the European Parliament Mairead McGuinness was present to officially launch the campaign for the three candidates, Grace Boyle, Cllr. Jimmy Kavanagh and Cllr. Noel McBride.

Mairead, who will along with Jim Higgins MEP contest the new Midlands-North West constituency for Fine Gael in the European Elections, wished the contestants well and felt confident that the party would have successful elections at both local and European level.

The parliamentary correspondent with the Irish Times Michael O’Regan, who was in the area for the aforementioned Colmcille School, was also there to witness proceedings.