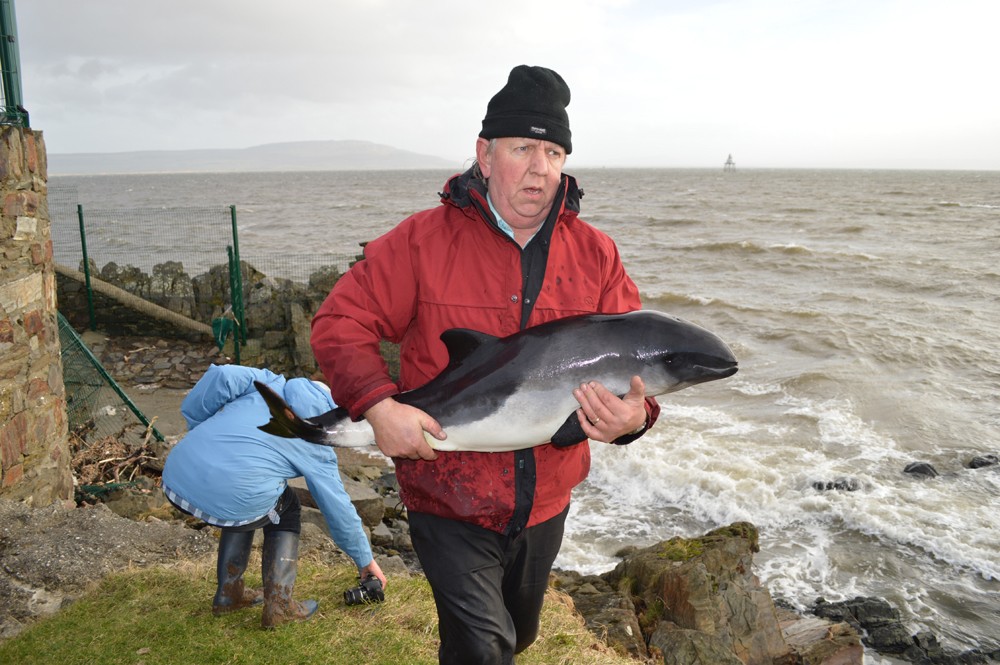 DRAMATIC BID TO SAVE BABY PORPOISE OFF DONEGAL

MARINE experts have arrived in Moville today in an attempt to save a baby porpoise washed ashore there yesterday.

The terrified mammal was found by local man Anthony Craig.

Local people spent yesterday trying to return the porpoise to Lough Foyle after it was washed up close to Mr Craig’s home at River Row.

This morning Mr Craig said it had turned up again.

“We put him into the Bredagh River because the water there is deeper and we thought that’s the best place at the minute,” he said.

“He is getting quite weak and needs to be back out in salt water.

“The Department for the Marine have sent someone this morning to help out and we are hoping to get him out into the deeper waters of Lough Foyle later.”

He said the whole of Moville was now hoping it can be returned safely to the waters.

“We would see a lot of porpoises here during the summer, dozens and dozens of them but not so many this time of the year,” he said.

“We hope he can survive.”

DRAMATIC BID TO SAVE BABY PORPOISE OFF DONEGAL was last modified: February 26th, 2014 by John2