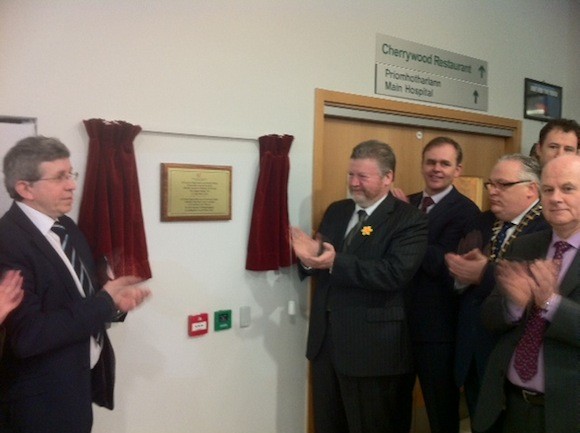 Minister James Reilly officially opened the new Emergency Department and Medical Block on March 22 last year. He will be back a year later to do the same…

HEALTH Minister Dr James Reilly will officially re-open the Emergency Department of Letterkenny General Hospital next week – almost a year after he opened the facility.

The damaged part of the building – ravaged by a flood last summer – will be fully operational from March 12.

It’s the end of a long journey for hospital staff and management who have worked tirelessly to restore the Medical Block at the hospital to full capacity.

“We’re finally back to where we were before the flood.”

The Emergency Department and Acute Medical Assessment Unit will both re-open next Wednesday week.

Work to fix and restore other parts of the hospital damaged in the flood continues.