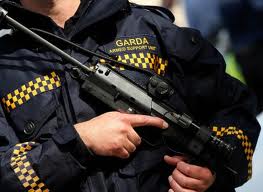 GARDAI INVESTIGATE AFTER SHOTS FIRED AT CAR DURING OVERNIGHT INCIDENT

BREAKING NEWS: Gardai are investigating an incident in which shots were fired at a car in Carrigans in the early hours of this morning.

A man with a legally-held firearm discharged a number of shots after he heard sounds outside his home.

It is understood a vehicle which was in the area at the time was struck but sped off.

There are no reports of any injuries.

It is not understood that anything was taken or that any actual incident took place before the shots were fired.

The drama unfolded around 1am on the Station Road area.

A Garda spokesman said they are investigating an incident but have little information on the matter.

“We have reports of a man hearing sounds outside his house but when he went outside he saw nothing.

“He heard the sounds again and went outside and released a number of shots. There are reports that a car was hit but there are no reports of any injuries.

“There are no reports of a burglary or a break-in and we cannot say anymore at this stage,” he said.