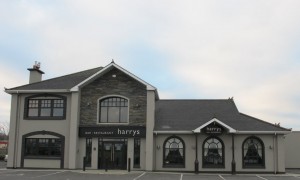 DETECTIVES are quizzing two men after a break-in.

The raid took place on Harry’s Restaurant in Bridgend this morning around 2am.

Gardaí were quickly on the scene and two suspects were arrested.

The duo are being held today at Buncrana Garda Station.

They are believed to be from the Derry area.