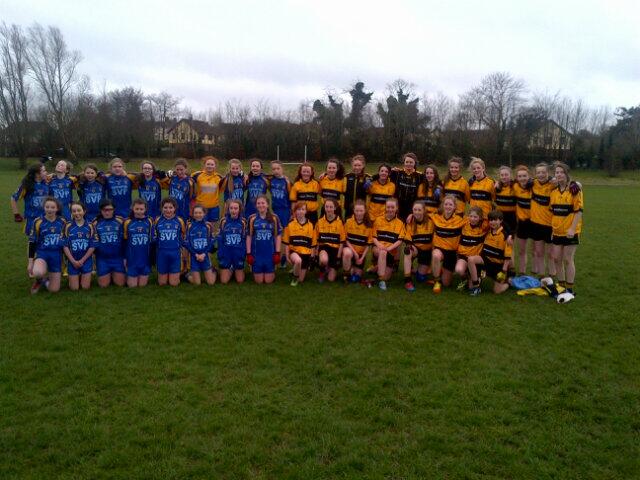 The new Club App is available to download from iTunes and the App Store and will be available on Windows in the coming days. It costs just €0.99c and will prove a great way to keep up to date with the latest developments, be sure to accept push notifications.

The Seniors and Reserves get their League campaigns underway this Sunday away against St. Michael’s as they seek to defend their league titles. Throw-in times are 1:30pm and 3pm.

The Juniors are training in the Park at 5pm this Saturday (22nd) with the league scheduled to get underway on April 19th.

The Minor Boys A team have no game this weekend, they will be back in action the following week against St. Mary’s, Convoy. The B team make the short journey to Glenswilly with the game fixed for Monday night (24th).

The U14 Boys football A team got their season underway with two good wins against Milford and Downings and they will host St. Michael’s this Sunday. The B team travel to Lifford to face N. Padraig and the C team are away to MacCumhaills B. Games throw-in at 11:30am.

Thank-you to the team effort from parents, children, managers, mentors and supporters for the good turnout in the St. Patrick’s Day Parade and to all in the club who helped in any way.

Girls U16 Football training is on Wednesday’s in Game On between 6:50pm and 8pm. Cost is €3 per week.

Girls U14 Football training is on Thursdays at 6:50pm in Game On. Cost is €3 per night. All players must bring gum shields now to training. The side is hoping to play another friendly on Sunday week.

The Sunday Morning Football Academy begins on Sunday, April 6th at 11am for 4 to 10 year olds. There may be a short meeting this Saturday at noon in the Clubhouse – keep an eye on Social Media and e-mail for confirmation.

We are honoured to be a host club for the 2014 hurling Feile. Contact Fergal Finn if interested on 089-2170933 or finnfergal@gmail.com.

Congratulations to Neil Gordon and his players on their fantastic victory in the MacLarnon Cup Final on St. Patrick’s Day.