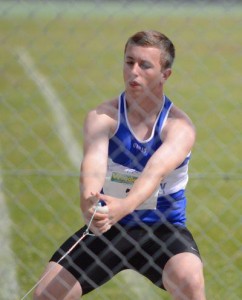 Competing at Oxford , Mississippi, Dempsey got the hammer out 6 times beyond the current record he set in 2013 at Watford of 63-30 .

He began an athletics scholarship with University of Mississippi in January and this sets him up extremely well for the season ahead.