Premium Irish whiskey company The Wild Geese have stepped in as sponsors for a new awards competition for small businesses in Donegal. 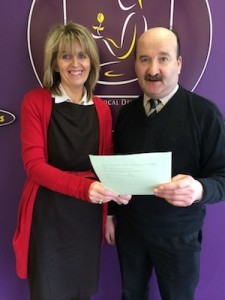 The competition is for the hundreds of people who’ve set up their own businesses under the Enterprise Allowance scheme since 2009.

The awards night will be held in Donegal Town on Friday 11th April. Three businesses will win a framed certificate plus £500 and will also go through to the regional awards in Cavan in June.

“This is a successful company marketing a premium Irish product worldwide. We’re very pleased they’ve decided to come in and help promote small enterprises in Donegal,” she said.

The Wild Geese has been voted ‘Best Irish Whiskey’ three times and celebrates the story of The Wild Geese, a name given to the Irish diaspora. Andre Levy, chairman of the company, said the awards fully deserved their support.

“The Wild Geese Irish Whiskey celebrates the courage and determination of the Irish people when faced with adversity, and their successes and achievements. It’s important that we also celebrate and encourage local individuals in Ireland who have overcome challenges to succeed. Schemes such as The Back To Work Enterprise Allowance Scheme in Donegal, where unemployment has been a major problem, offer the support and advice needed to allow individuals to forge their own path in business in Ireland rather than overseas.”’

The DLDC Wild Geese Irish Whiskey Enterprise Awards 2014 are open to any business started through the Enterprise Allowance scheme in the last five years in the DLDC area. This now covers all of Donegal apart from Inishowen.

Application forms for the awards have been sent to those currently on the scheme. Anyone who hasn’t already entered will have to be quick – the closing date is Friday 28th March.

The Enterprise Allowance scheme is geared towards those who are unemployed or who’ve been made redundant. And not surprisingly the numbers on the scheme have shot up since the recession arrived in 2008.

Louise said: “It’s become an even more important scheme for Donegal – the number of businesses we deal with each year doubled in 2009 and has stayed at that level ever since.”

The success of the Enterprise Allowance programme in Donegal has brought it to national attention. It’s regarded as a model of small business development. Louise and her team offer mentoring, training and specialist coaching to help a business idea became a reality.

The winners of The DLDC Wild Geese awards next month will go through to the Northwest regional awards in Cavan in June.