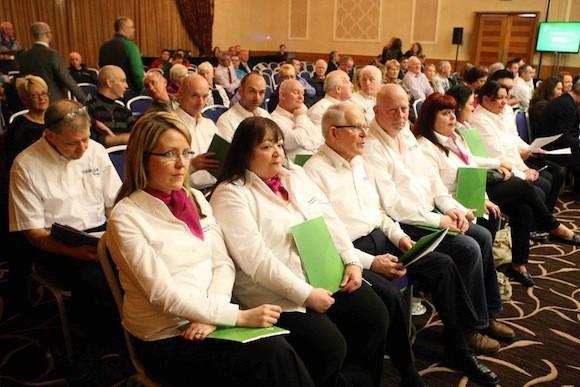 BOTH SIDES PRESENT THEIR CASES IN BATTLE FOR DONEGAL AIRWAVES

The audience gathers to hear both Highland and DLFM battle it out today. Picture by Brian McDaid.

A large crowd has heard both Highland Radio and DLFM present the reasons why they both think they should win the radio license for the North Donegal area.

Movers and shakers from across Donegal and further afield heard both sides present their cases to the Broadcasting Authority of Ireland at the Radisson Hotel in Letterkenny.

Highland were up first and their presentation panel included Shaun Doherty, Lee Gooch and Linda McGroarty.

Managing Director Shaun Doherty assured those present that despite their huge success to date, they will not sit still.

“While Highland is proud of its 24 years of leadership in broadcasting we are not standing still. 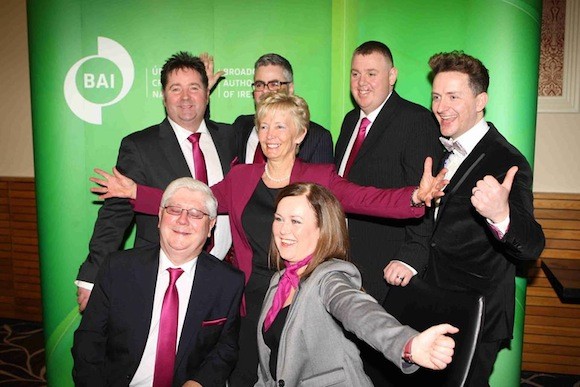 The Highland team are delighted with how things went today. Pic by Brian McDaid.

“We remain fresh, relevant, exciting and dynamic with our listeners always at the heart of every decision we make,” he said.

Highland’s financial controller Hazel Russell has said management have given a commitment of €2.5 million of investment in the expansion of the station.

She added that due to the downturn meant that she did not envisage staffing levels will increase in the immediate future.

After a series of questions by the BAI, the Highland presentation received a huge round of applause.

DLFM, led by former Highland boss Charlie Collins were next up and didn’t pull any punches. 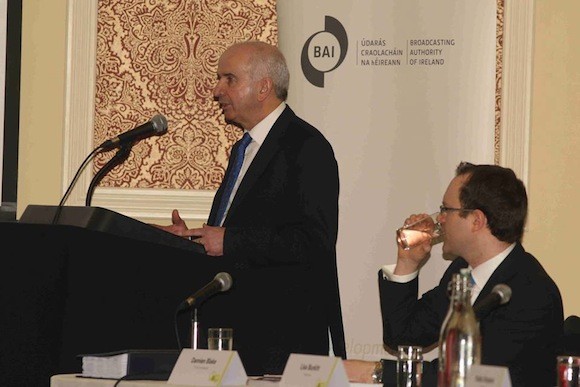 Charlie Collins of DLFM has promised more female presenters and not a “snoozy’ afternoon. Pic by Brian McDaid.

He claimed his consortium’s application, if selected, will “not ignore female presenters between 7am and 7pm” and will also not go into “snooze mode” in the afternoon.

He added that DLFM will invest €1 million and also create 60 new jobs if chosen by the BAI with their catchline “Listeners first, local first.”

Among the other DLFM delegates included Lisa Burkett, Paddy Simpson and Damian Blake.

Financial controller Damian Blake stressed that DLFM are debt free and investors will not take a return for at least three years.

CEO Paddy Simpson said the new proposed station will be the “people’s station.”

“Listeners first, local first is our is our promise and it is one which we will keep.

“DLFM will ensure our listeners’ views and opinions are represented, informed an entertained by local news and current affairs programmes as well as programmes for special interest groups,” he said.

The BAI also asked questions in relation to music policy and promotion of Irish talent.

DLFM also received a huge round of applause following their presentation.

The BAI will now assess both applications and oral presentations and will make their decision in the coming weeks.

The revised radio license will become operation across North Donegal in September.