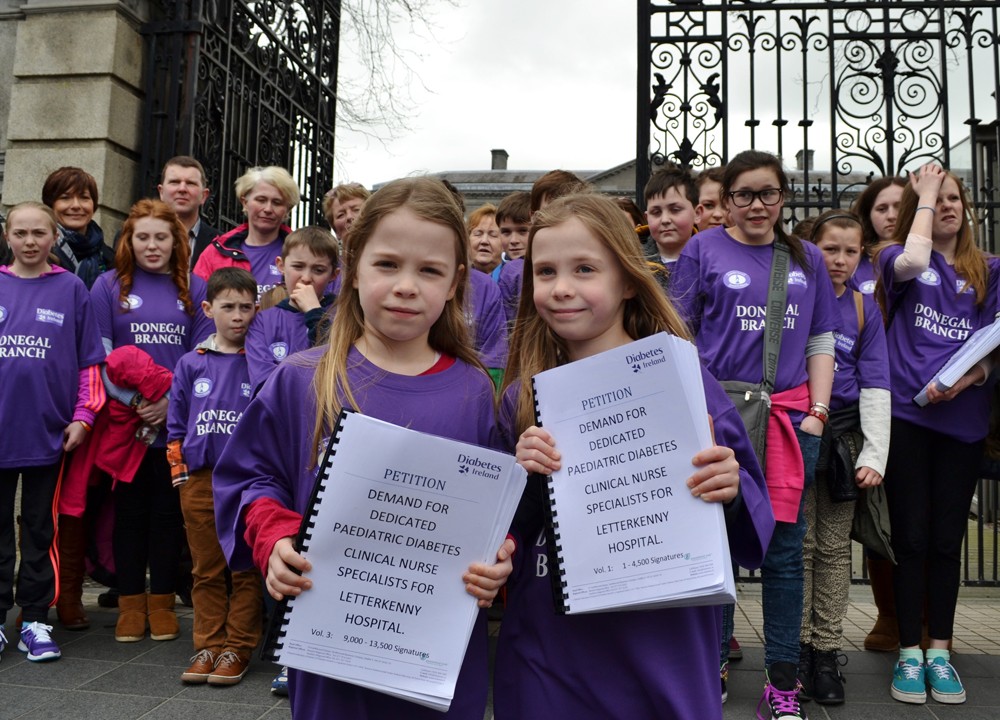 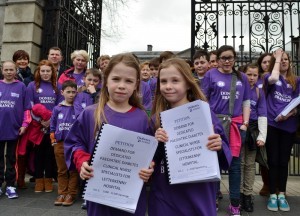 The Donegal Diabetes Parents Support Group’s campaign has come to a triumphant end. They have been promised a dedicated Paediatric Diabetes Clinical Nurse Specialist at Letterkenny General Hospital.

This follows a four year campaign for the service, which attends to the needs of children with Type 1 diabetes.

The campaign gathered speed in recent months when it was announced that the position of the previous CNS service at Letterkenny General Hospital would be changed. Parents feared that restructured integrated nurse service would concentrate of Type 2 care, and reduce the time available for their children. 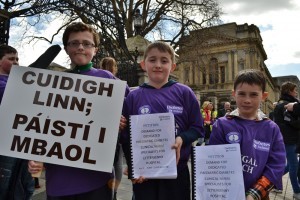 They launched a widespread campaign and started a petition to highlight their demands. 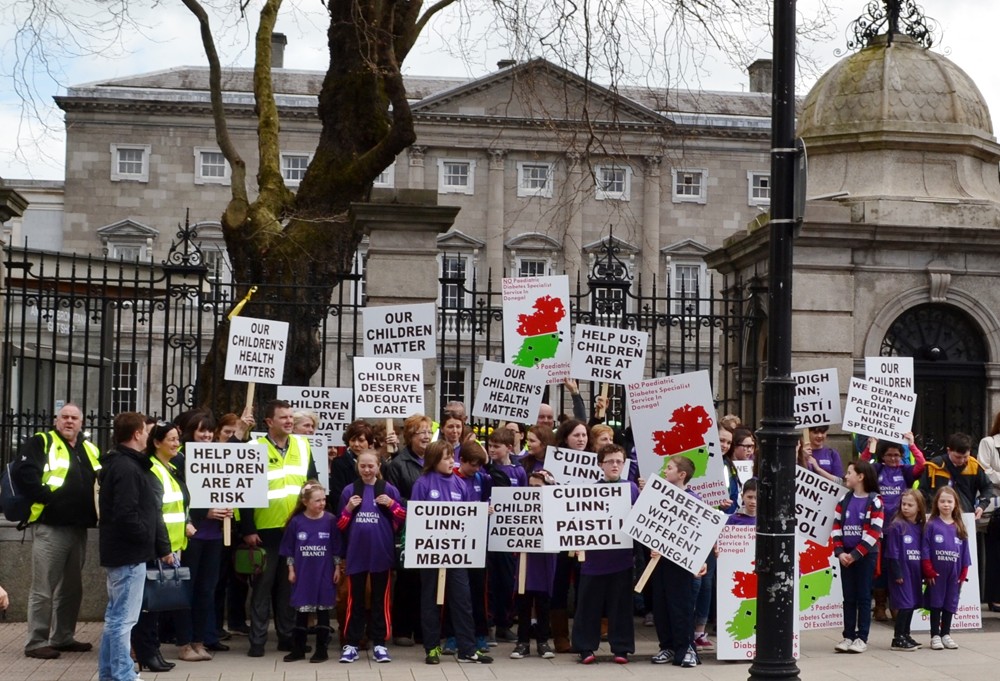 This afternoon, the Donegal Diabetes Parents Support Group and members of the Donegal branch of Diabetes Ireland met with Minister for Health Dr. James Reilly, a delegation from the Department of Health, senior HSE officials, and Deputies Pádraig Mac Lochlainn and Thomas Pringle to discuss their demands. 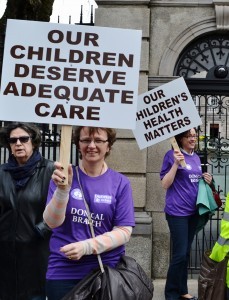 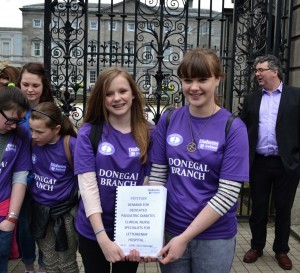 The group were delighted to hear Dr. James Reilly and CEO of North West Hospital Group Bill Maher announce that the dedicated CNS position was sanctioned and it will be filled within coming weeks.

The meeting also explored the potential of locating a Paediatric Diabetes Centre of Excellence in the North West. There are only 5 such centres nationally and all of those are located south of the Dublin- Limerick line.

Donegal Diabetes Ireland Parents Support Group Chairperson Denise Gillespie said, “We are absolutely delighted with Minister Reilly’s announcement for the appointment of the Paediatric Diabetes Clinical Nurse Specialists in the coming weeks and look forward to further discussion with Mr Bill Maher on the development of paediatric diabetes services”.

As he was unable to be present in the Dáil today, DonegalDaily spoke with Fine Gael Deputy Joe McHugh yesterday. We asked him whether he could see funding being made available for a Paediatric Diabetes Centre of Excellence to be set up in Letterkenny, taking cutbacks to the HSE’s budget into account.

He said that the number of children with Type 1 Diabetes in Donegal and the combined expertise of the dedicated CNS and the integrated community nurse would signal towards Donegal being a prime location for such a centre.

Deputy McHugh also said that the measured and calm nature of the parent’s campaign was a critical factor to their success today. He felt that their requests today were “more than reasonable”.

Sinn Féin TD Pearse Doherty spoke to DonegalDaily about the financial sense that a dedicated Paediatric Diabetes Centre of Excellence would make. Ten per cent of the HSE’s budget is spent on care of diabetes. Deputy Doherty said that an insufficient amount of this money goes towards preventative and management measures for diabetes.

The campaign received strong support from all party-affiliated and independent Donegal TDs. We asked Sinn Féin TD Pádraig Mac Lochlainn and Independent TD Thomas Pringle on the importance of this unified backing.

The Donegal Diabetes Ireland Parents Support Group thanked the people of Donegal, the TDs and the media for their massive support over the past few weeks during their petition campaign. 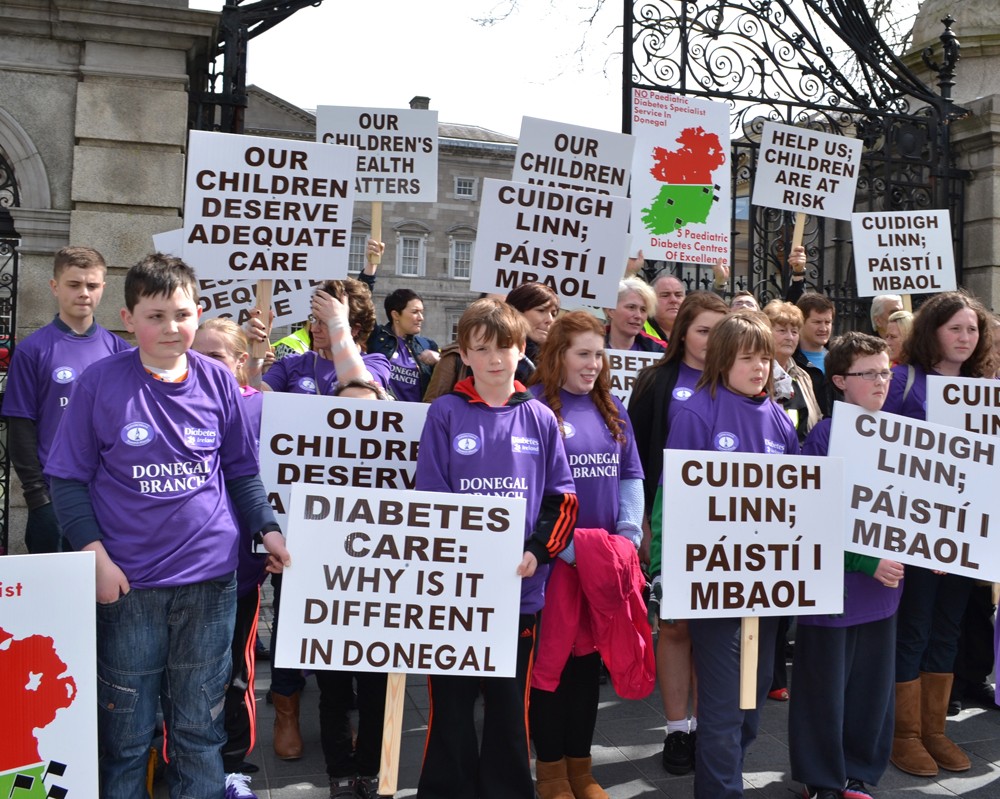