DEELE COLLEGE IS ‘APPY’ FOR ALL THE RIGHT REASONS! 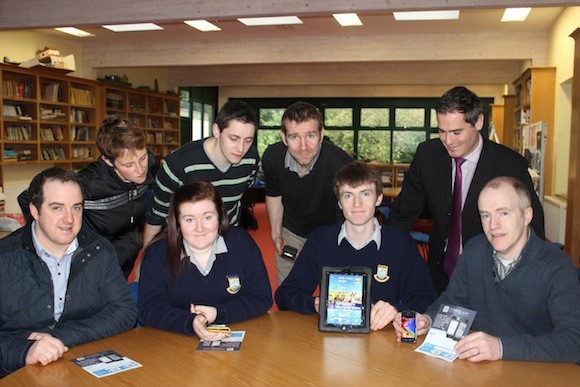 Deele College in Raphoe is the new standard bearer in the world of ‘technology in education’ with the launch of their new interactive school app.

The secondary school is the first school in the county to launch their own app, which is now available on the android and apple stores.

It is envisioned that this app will provide a stronger link between parents and the school, with various features, which will allow parents to send notes on absenteeism, see homework assignments and monitor students’ progress.

The school has made huge strides on the technology front in recent years with the introduction of an ICT team, who have earmarked various projects to enhance the technology in the school. 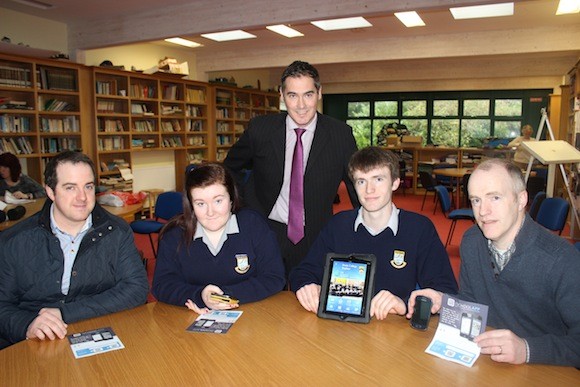 Along with the app, the school is preparing to launch their wireless internet service in the school in the coming months, which will allow teachers to use the latest technologies, such as IPads in the classroom.

Deele College Principal Mr. PJ McGowan says this app is the latest initiative in the developing world of IT in schools and as an aid to teaching and learning. 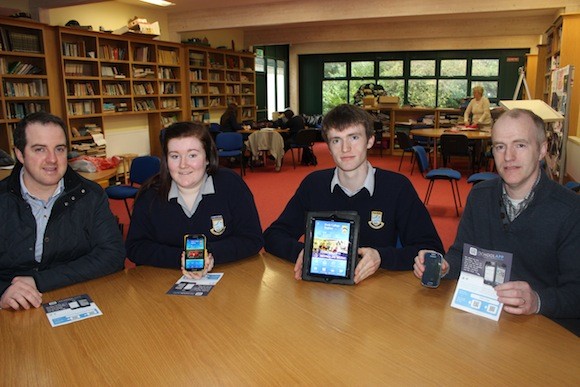 “As a tool for communication it will greatly improve links between parents and the school and the chief benefactors are the students. We are very grateful to Reynolds of Raphoe for their generous sponsorship towards the development of the app.

With technology evolving at such a rapid pace, Deputy Principal of the school, Mr Danny McFadden says that it is imperative that Deele College embraces the new educational tools available through the latest technology.

“Students today are immersed in technology and we want to use this to show students that learning can be interactive and fun. The launch of this app is an important step for the school but it is also just the beginning, as we strive to improve our ICT infrastructure to meet the demands of 21st century education. 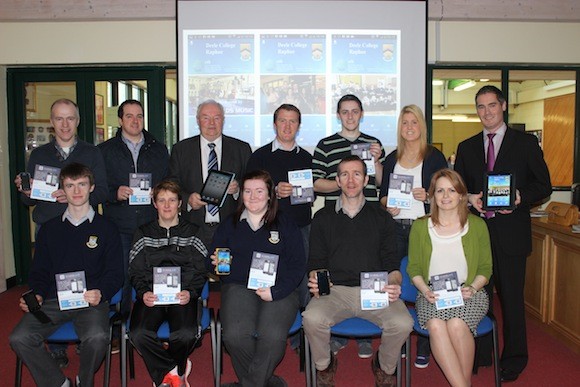 Deele College ICT team and students, along with members of the Parents Association and our sponsor Reynolds of Raphoe

between the school and parents. Parents will be able to see what is going on in the school via our monthly newsletter and also keep track of the work undertaken by students. It provides a new way to interact with parents, as they can receive notes via the app about important events in the school, such as parents’ evenings and prize giving. Teachers can upload assignments and receive them via the app, which is a huge step forward in terms of teacher/student interaction.”

The app, which has been generously sponsored by local company, Reynolds of Raphoe has already been a huge hit among students and parents and the school management would encourage everyone connected to the school to download the app to their phone or tablet.

While many others will follow suit in the coming months and years, it is great to see a Donegal school leading the way.