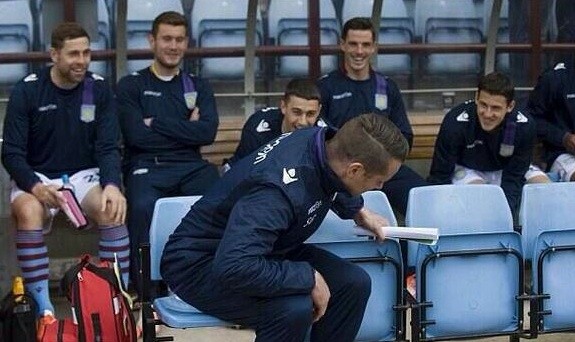 THIS was the moment Shay Given had Aston Villa’s subs bench rolling around laughing on his first day as assistant to coach Paul Lambert.

The Donegal man was taking his seat for the match at Villa Park against Southampton.

But when he sat on Lambert’s seat in the dug-out, the rest of the staff were in stitches.

And former Celtic great Lambert had a good giggle when he arrived.

Villa drew 0-0 with the visitors, giving them a vital point in their bid to avoid being sucked into the relegation zone.

Given was appointed a temporary assistant this week after two staff were suspended by the club.