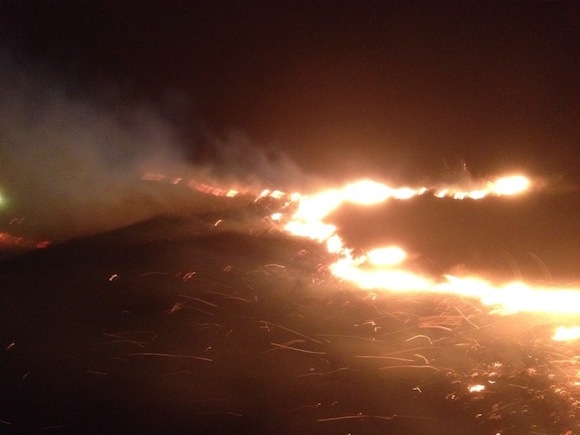 The scene in the early hours of this morning on the Killybegs Road outside Glenties. donegaldaily.com

AN investigation is underway after yet another gorse and forest fire overnight.

Embattled fire crews from Glenties were called out once again to tackle a blaze.

Officers attended the scene of a massive forest fire on the Killybegs road at 3am and have spent the morning dousing the flames.

It brings to more than 20 the number of gorse and forest fires tackled by crews in Glenties, Dungloe, Gaoth Dobhair, Falcarragh and Buncrana in the past week.