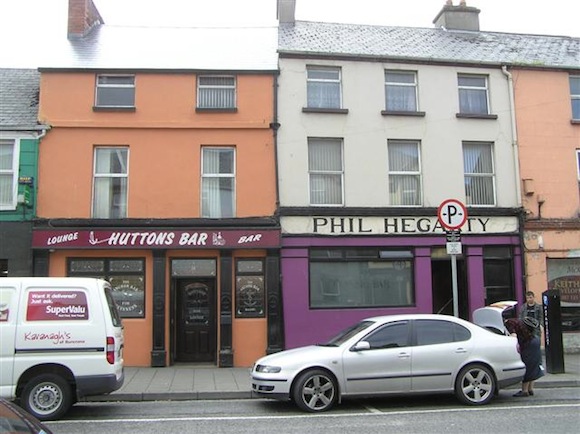 Gardai are hunting a gang who broke into two pubs in Buncrana overnight.

Hutton’s Bar (left) which was broken into overnight.

The thieves broke into the premises on the town’s Main Street and got away with a considerable amount of spirits.

The gang also stole a consignment of cigarettes from vending machines.

The two bars which were targeted included Hutton’s Bar and O’Doherty’s Bar.

The gang are understood to have gained entry to Hutton’s Bar through a skylight before getting away with a considerable amount of alcohol.

Gardai are viewing CCTV as part of their investigation into the break-ins.

They have also urged any members of the public who may have been offered cheap alcohol to contact them.

“It’s tough enough for small business owners to make a living at the moment without being faced with a robbery.

“I am appealing to business owner to ensure to take all the necessary precautions and also to the public to be vigilant and to report any suspicious activity to Gardai,” he said.