SPECSAVERS ‘MUCK IN’ FOR THE DONEGAL HOSPICE!

written by Stephen Maguire May 8, 2014
Facebook0Tweet0LinkedIn0Print0 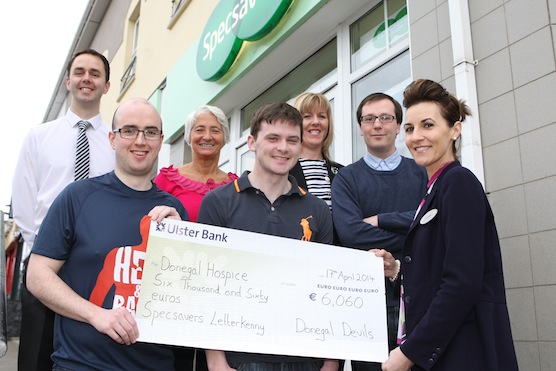 Staff from the Specsavers including Liam Ward (event organiser) Brian Boyce, Gary Cassidy, Aidan Spence, Lorraine Gildea (Event organiser). of Donegal Devils pictured with Isobel Rodgers and Grace Boyle from The Donegal Hospice pictured at the presentation of the cheque for over €6,000 Photo Brian McDaid

A team of hardy individuals from Specsavers in Letterkenny set out along with some friends for Bray in Co.Wicklow to take part in Hell and Back 2014.

Billed as “Ireland’s toughest mental and physical endurance challenge” this would be a first for everybody.

The group had spent the weeks prior training hard for this endeavor. 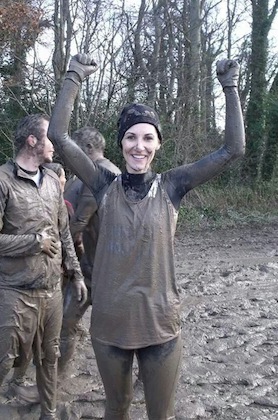 Loraine Gildea celebrates at the finish

On the morning of the event we woke up to sunshine and clear blue sky’s, but by the time we had gotten through the 10 km course we were soaked through anyway, and literally covered from head to toe in mud (great for the skin).

We overcome many obstacles including 10 ft walls, electric wire gauntlets and ice cold river crossings to name but a few. There were cuts and bruises all around but the one thing everybody took home with them was pride.

Pride to have endured such an event and pride to have raised over €6000 for the Donegal Hospice.

Despite the cold and mud everybody had a fantastic time, and you’d be hard pushed to find a better team spirit than the Letterkenny crew that day as nobody could have gotten through it alone.

There are so many people to thank but the team would like to extent their deepest gratitude to everybody who donated to this great cause and to all the people who lent their support in other ways. Watch this space for this time next year.

SPECSAVERS ‘MUCK IN’ FOR THE DONEGAL HOSPICE! was last modified: May 8th, 2014 by Stephen Maguire
Facebook0Tweet0LinkedIn0Print0
Tags:
donegaldonegal hospiceletterkennySpecsavers