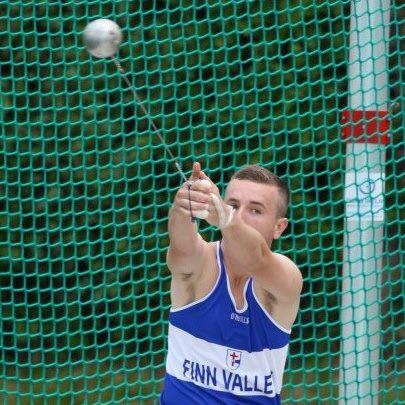 DEMPSEY DOES IT AGAIN WITH ANOTHER RECORD HAMMER THROW

written by John2 May 11, 2014
Facebook0Tweet0LinkedIn0Print0

Dempsey Mc Guigan has once again improved the Donegal and Ulster record in he hammer throwing out to 66-62 at Baton Rouge, Louisiana State University.

He returns home from his university base in the United States shortly and will chase further improvement in the season ahead in Europe.

This is the second Ulster record by a Finn Valley athlete in 7 days John Kelly having set new mark in shot earlier in week.

DEMPSEY DOES IT AGAIN WITH ANOTHER RECORD HAMMER THROW was last modified: May 11th, 2014 by John2
Facebook0Tweet0LinkedIn0Print0
Tags:
Dempsey McGuiganFinn Valley Athletics Club