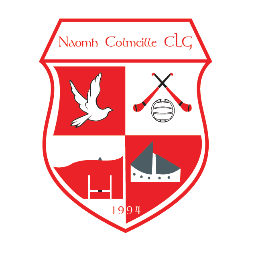 written by John2 May 19, 2014
FacebookTweetLinkedInPrint

The seniors and reserves experienced contrasting fortunes over the weekend with the seniors suffering a loss for the second week in succession while the reserves returned to winning ways. The u14s lost out in the all-county Division 2 league semi-final after a gallant display against Kilcar.

The seniors’ took on Naomh Brid at home on Sunday having won at Ballintra in the opening fixture of the league. However Naomh Brid emerged victorious with a full time score of Naomh Colmcille 0-8 1-9 Naomh Brid. A home match against Burt is scheduled for next Saturday.

The reserves got revenge on their opening day loss at Naomh Brid when they defeated the visitors on a Naomh Colmcille 4-7 1-5 Naomh Brid scoreline.

The u16s were defeated at Buncrana on Friday evening.

There was disappointment for the Naomh Colmcille U14s when they were beaten by Kilcar in the all-county Division 2 league semi-final at Naomh Brid on Saturday. A number of usual players being unavailable meant that it was a struggle to even field 13 players. However after a tremendous display, and leading by a point at half time, the lads lost out in the end. The team on the day was CJ Gibson, Daniel Mugan, Jason Fitzpatrick, Ryan Higgins, Oran Devine, Oran Downey, Mark Friel, Ryan O’Donnell, Brendan Barr, Rory Simmons, Jordan Gallagher, Mark McDaid, Christopher Mugan.

This year’s Run for Funds takes place on 31st May at Kernans. More details to follow.

The Club are now taking Registrations for Adults, Family, Senior and underage players. Cost is €25 Adult, €50 Family, €50 senior player and €10 underage player. Particular reminder for adult non-playing members that you need to be registered to request Donegal tickets. The deadline for registration is fast approaching. Contact Mark Ferry (087 9154559) or Breda Friel (087 6393503).

The club is again registered for the Sainsbury’s Active Kids scheme so please start collecting the vouchers on behalf of the club.

Seniors and reserves. Training on Tuesday and Thursday at 7:00 pm. Burt due to visit next weekend. See website and Facebook page for updates during the week.

U14. Training Monday 19th at 6:30 pm sharp. Division 2 championship match is scheduled at home to Robert Emmetts on Wednesday. See Facebook page for updates during the week.

U12. Match at home to St. Eunan’s B on Monday 19th May. Players to be at clubhouse for 6:00 pm. Remember drink and mouth guard.

This week’s numbers are 20, 23, 21, 24, 4 and the most correct winners (matching three numbers) are Margo McColgan, Thomas Rodgers and Monica McDaid who win €25 each.

The club are seeking volunteers to act as Lotto sellers and join the existing rota. The Lotto is the main regular source of fundraising for the club so if you can spare some time to help out it would be greatly appreciated. Contact Breda Friel if you’re able to help.