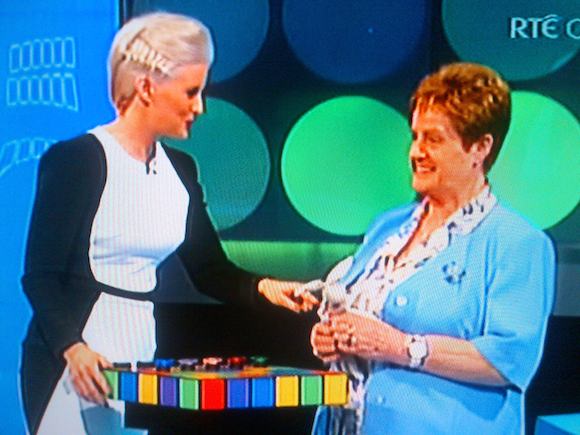 DONEGAL DUO SCOOP €65,000 ON WINNING STREAK – AND TWO MORE FROM DONEGAL ON SHOW NEXT WEEK!

written by John2 May 24, 2014
Facebook0Tweet0LinkedIn0Print0

DONEGAL’S astonishing run on Winning Streak continued tonight as two players pocketed €65,000 in prizes between them!

And the success of people from the county will continue next week as players from Greencastle and Ramelton were picked to be on the hit National Lottery TV game show next Saturday night!!!

As if the county’s luck wasn’t already on a winning streak, a woman from Cloghan won a trip to San Francisco and €2,500 spending money.

Both Frances Brennan from Railway Park, Donegal Town and Daniel McLaughlin form the Isle of Doagh (or should that be the Isle of Dough!) won big money tonight.

Aunt Rose who couldn’t be there tonight because she had taken Daniel’s mum and her sisters to Lourdes.

The Inishowen League referee had been to the studios four times before – because as a bus driver he has drive previous winners there.

He is planning to spend some of his winnings taking his wife and two children to New Zealand to see relatives.

Donegal’s winning streak continues next week with Marina Burns, Ballymacarter, Greencastle and Joe Birney, Bridgend, Ramelton, picked to go on the show – the last in the current series.

And the winner 0f trip for two is Pearl Bustard, from Cloghan, who is off to San Francisco with €2,500 spending money. 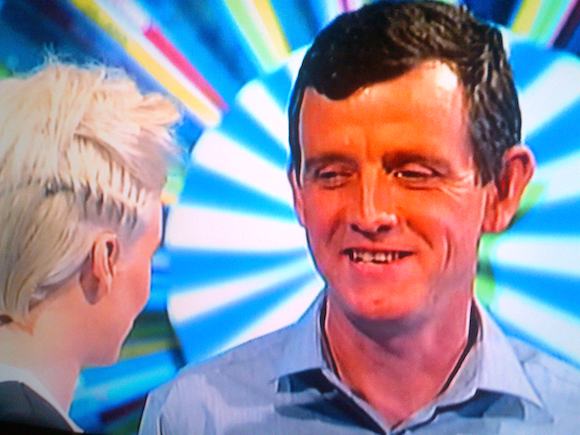