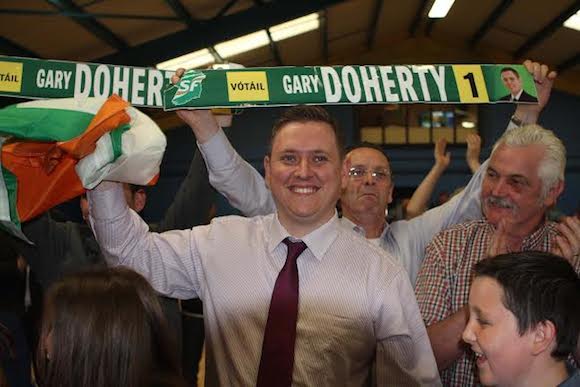 written by John2 May 25, 2014
Facebook0Tweet0LinkedIn0Print0

The Stranorlar EA is the first count to finish, and six candidates have been elected, with Sinn Féin the big winners, having gained an extra seat. 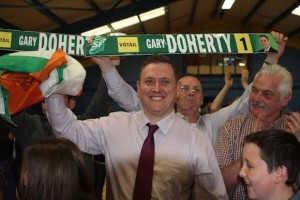 Sinn Féin Cllr Gary Doherty, topped the poll, and was the first candidate to be re-elected to the Donegal County Council.

Independent candidate Frank McBrearty, was elected in the next count, and he was followed by Fianna Fáil’s Patrick McGowan.

Liam Doherty was next to be elected much to the delight of his Sinn Féin supporters.

Doherty was Director of Elections for Cora Harvey, when she won a seat on the council in the last elections in 2009.

Overall it was a great result for Sinn Féin with them gaining an extra seat in the Stranorlar electorate.

Have your say on the new Donegal...

Blazing a Trail for ‘wains’ across Donegal...

Explainer: What restrictions are easing tomorrow?