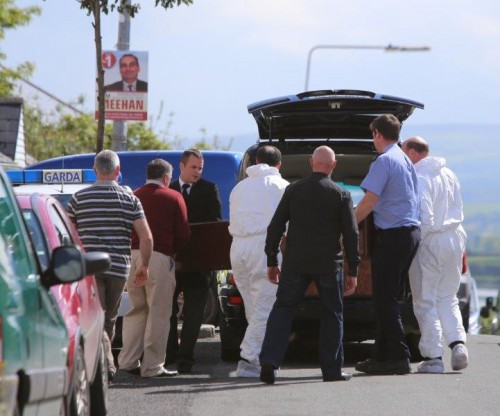 The body of the 22-year-old is removed from the house in St.Johnston. Copyright: NWnewspix

UPDATED: A 22-year-old man is dead, and four others have been taken to hospital following a house party in St.Johnston. 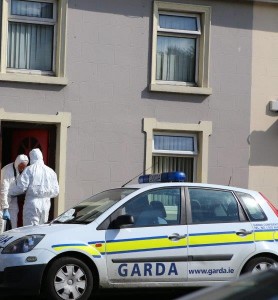 Forensic experts carry out their investigations at the house were the young man died. Copyright: NWNewspix

The incident happened in the early hours of this morning.

It is believed, the group returned to the house for a party, after spending the evening out on the town celebrating a 21st birthday.

It is expected that drugs have played a part in the death of the 22-year-old, and resulted in four others three men, and an 18-year-old woman being hospitalised.

Gardai forensics are still at the scene in St.Johnston.

It is believed that the body of the young person, who has tragically lost his live, has now been removed from the scene.

Gardai are investigating the possibility that the dead man and his friends were poisoned by a batch of drugs.

Tributes are pouring in for the dead young man.