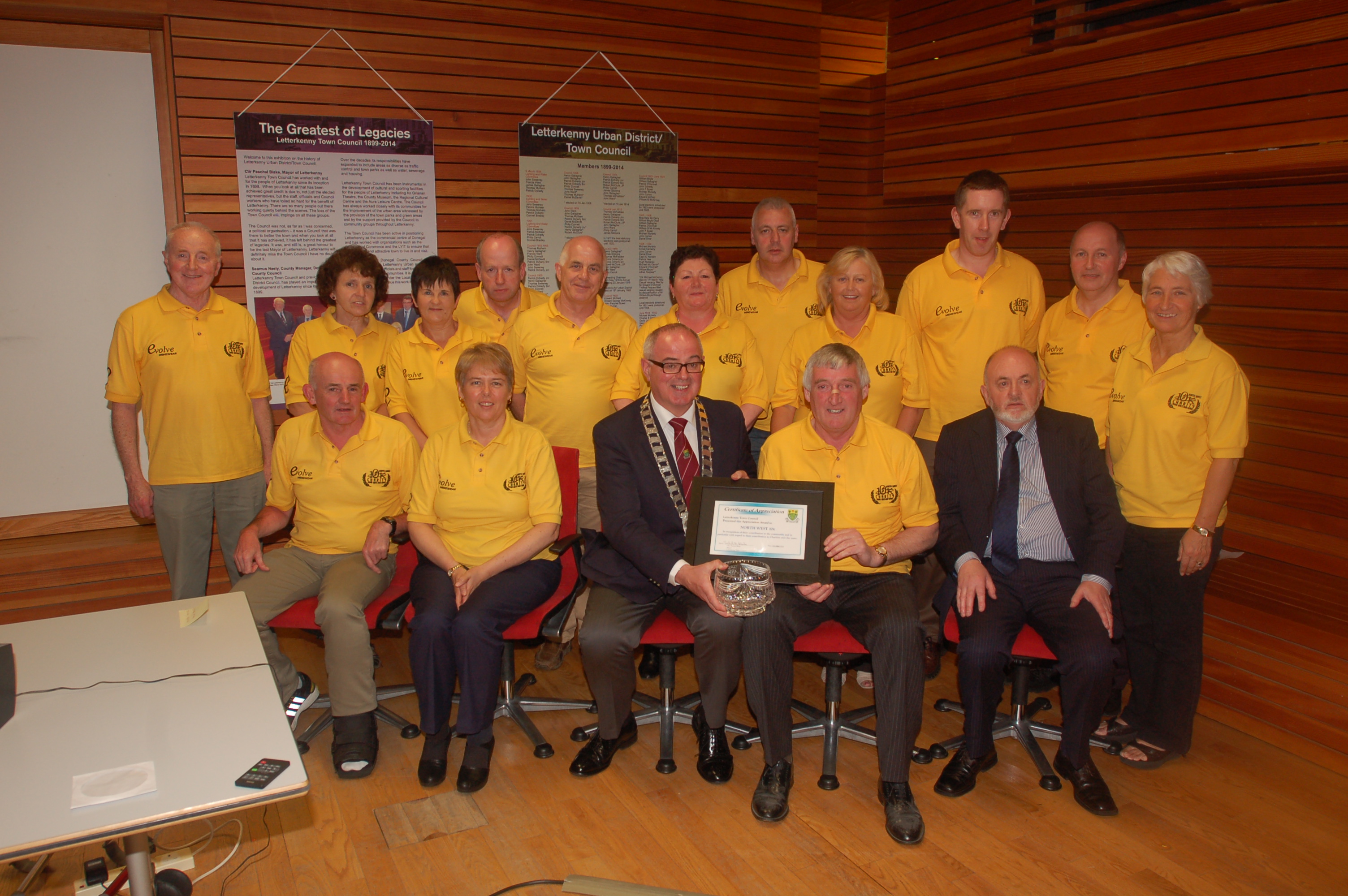 The people behind the successful North West 10k celebrated last night as Letterkenny Town Council honoured them with a Civic Reception for their fantastic fundraising efforts which has seen €656,000 raised for 30 charities over the past 18 years.

The popularity of the event has grown remarkably in recent years and charity race and walk is now attracting close to 2,500 people to the starting line in Letterkenny on the first Sunday in May.

Last night past and present members of the North West 10k committee were honoured in the Public Services Centre by the Town Council.

It was an occasion that also saw members of the original Rockhill 10k committee, join with the present charity organization to celebrate 18 years of fundraising.

It was also an historic night for Letterkenny Town Council as it marked the final meeting of the local authority who will shut its doors for the final time tomorrow (Friday).

In one of his final engagements as Mayor Paschal Blake made the official presentations to mark the Civic Reception to the North West 10k Chairperson James Boyle.

Mr Boyle recalled the history of the charity event, which began in 1996 when the Rockhill 10k committee indicated that they would not be in a position to continue hosting the fundraising race.

A new committee was formed under the Chairmanship of Mr Kelly who held the position for three years before handing over to Grace Boyle who was at the helm up until last year when she was succeeded by her husband James.

There has been a remarkable rise in the status of the event particularly in recent years with the growth in the ‘keep fit’ culture.

As well as the race a walking category has been added which has increased the popularity of the fundraiser now making it a truly family fund day out.

Last night was a great social event and was in a fact a reunion of volunteers from both the Rockhill and 10k committees whose charity work received fitting recognition in the form of the highest honour that the Town Council can bestow.