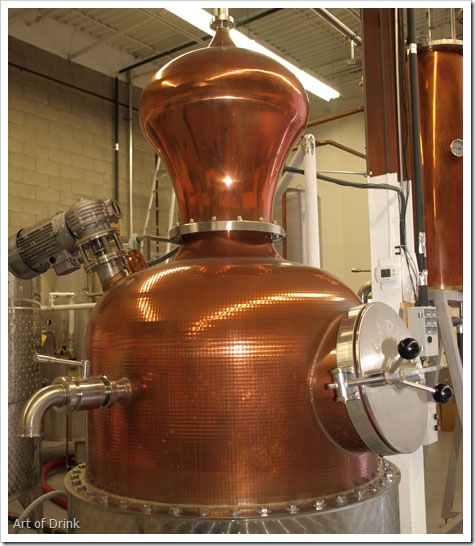 A CO Donegal parish has announced its plans to open a distillery – to produce both whiskey and legal poteen.

The plans for Carrick and Glencolmcille in south west Donegal could create up to 25 jobs in an area devastated by emigration.

It’s part of an ambitious plan to extend the stay of hundreds of thousands of people who come to see Ireland’s highest sea cliffs at Sliabh Liag.

The parish council has been given the backing of the man behind Ireland’s only Irish-owned distillery in Dingle, Co Kerry.

“Glencolmcille has had a reputation for generations for its poitin,” said Margaret Cunningham, an entrepreneur and native of the village of Carrick.

“We know that 200,000 people come here every year to see the cliffs at Sliabh Liag but then they leave again and there is very little spend in the local community.

“Our plans would include a distillery making whiskey and poitin, a visitor centre explaining the history of area and a café and bar.

“We have investors on board and we are moving to the design stage now.”

An application for a license to distill is being completed.

Oliver Hughes, the man behind the Dingle Distillery, has given the Glencolmcille parish council advice on their plans.

“Like Dingle, we are a Gaeltacht area which has lost many people to emigration. All my own father’s grandchildren live abroad for example, they’re Americans, English and Greeks,” said Margaret, the former MD of a design company.

“We believe we can create 25 jobs, which for an area like here, is a huge boost.”

The plans have also been given the approval of Tourism Minister Leo Varadkar who spent his summer holidays last year in the area, walking the hills around Sliabh Liag.

“It’s a fabulous idea for the area which is one of the most beautiful places on the island,” he said recently.

“Along with micro-breweries, small distilleries have huge potential for job creation and can act as extra visitor attractions in areas like this.”

“You just have to look at north Antrim. People go there to see the Giant’s Causeway and a visit to the Bushmills distillery is part of the attraction,” she said.

An artist’s impression of the proposed distillery