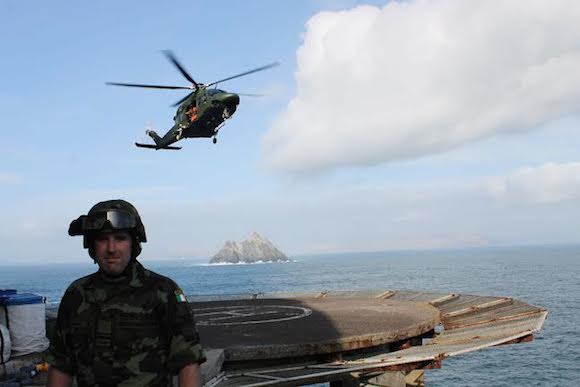 From a lorry driver to a Rector – a new radio series will give you a chance to share a day in their lives in a new RnaG Radio Series.

The series, presented by Dónall Mac Ruairí, will feature people from many different walks of life, as Dónall learns what it’s like to spend a day in their working lives.

On Tuesday, he will be out and about with taxi man Charlie Mac Mac Pháidín. Charlie has been driving the roads of the northwest late in the night and very early in the morning for many years, and Dónall went out with him on St Patrick’s night this year to experience it for himself.

Charlie talks about how he got started in this line of work, its advantages and disadvantages. We also hear from plenty of Charlie’s passengers, who sing his praises as a taxi man!

Others who will feature in the series, broadcast every Tuesday at 1.30 pm, are Lorcan O’Toole from the Golden Eagle Trust, fish farmer Paidí Ó Cuinn, Kevin Cassidy, who works with children with special needs, a fireman, a pilot, and a Rector, to name but a few.

The show is rebroadcast on Sunday mornings 10.30 am, and you can listen back online anytime www.rte.ie/rnag.

RTÉ RAIDIÓ NA GAELTACHTA LAUNCHES ‘DAY IN THE LIFE OF DONEGAL’ SERIES was last modified: May 30th, 2014 by John2