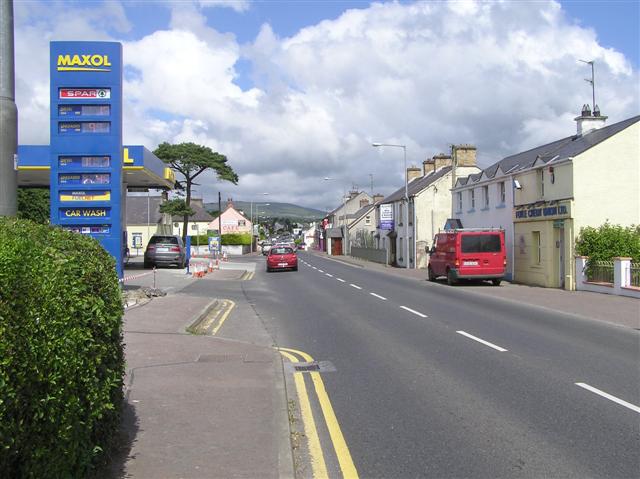 A car stolen in Eglinton outside Derry and found abandoned in the Hazelbank area of the city is believed to have been used in criminal activity in the Donegal border villages of Muff and Killea.

The border village of Muff.

The white Ford Focus was stolen from the driveway of a house at Dunboyne Park  in the early hours of Friday last, 30 May.

Several other cars were broken into in the same area around the time the it was stolen.

It was recovered in a damaged condition at Barr’s Lane in the Hazlebank area of Derry shortly after 4.30am on Saturday.

In the intervening period, it is believed it was used during criminal activity in the Muff and Killea areas of Co Donegal.

It was also seen in the Rathlin Drive in the Creggan area of Derry at about 5.30am on Friday.

Police on both sides of the border are keen to hear from anyone who can help identify the occupants.