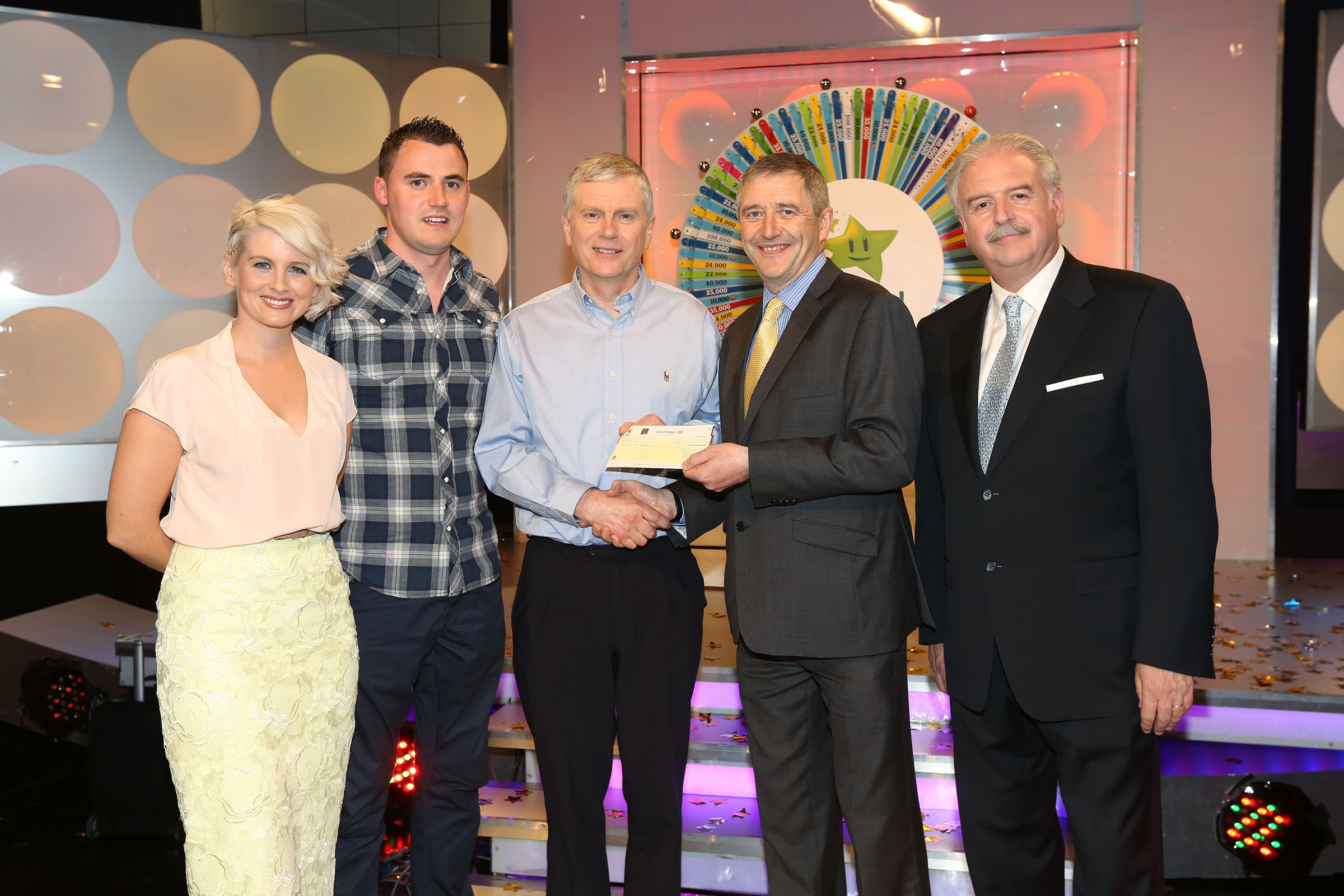 DONEGAL PLAYERS RAKE IN THE CASH ON WINNING STREAK

Joe Birney from Bridgend, Ramelton won €33,000, including a holiday to The Greek Islands.

Marina Burns from Ballymacarter, Greencastle won €45,000, including a car.

Joe Birney and his wife Elizabeth have been married for 22 years.  They have two children – Christopher and Rebecca who are both college students. Joe works for Eircom and is based in Letterkenny.

The winning ticket was bought at Anthony Kernan’s Spar, Ramelton. Rebecca purchased the scratchcard but Joe was the only one in the family that would appear on the show.

Joe was at the tallies for the elections last Saturday when he got a phone call from a friend, telling him the wonderful news.

Joe is Chairman of the Ramelton Tidy Towns Committee and is a member of the local Pantomime Society that has been running since 1956.

Marina Burns’ winning ticket was bought at the Moville Post Office. She was making a cup of tea while watching last week’s Winning Streak when she heard her name read out and was in total shock.

Marina is retired. She is a member of the Irish Country Women’s Association and is very interested in craft work.

This is the first time that Maria has won anything big.  She plans to use her winnings to have double glazing installed in her house.