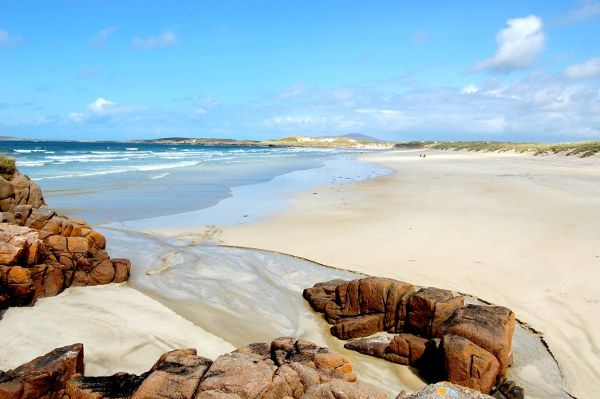 THIRTEEN DONEGAL BEACHES RETAIN ALL OF ITS BLUE FLAGS

Thirteen Donegal beaches have all retained their blue flags, following an announcement today from An Taisce.

It was also announced that Donegal has retained its 6 Green Coast Awards.

Blue Flag beaches must be identified bathing waters and are judged against a total of 32 criteria.

The areas in the county that retained their Green Coast Awards are Dooey Beach, Drumnatinney, Magheroarty, Port Arthur and Rathmullan.

The Green Coast Award can be awarded to non-identified bathing waters and go to beaches that have excellent water quality, a five year beach management plan and where the local communities are encouraged to engage in the management of the beach.

THIRTEEN DONEGAL BEACHES RETAIN ALL OF ITS BLUE FLAGS was last modified: June 4th, 2014 by John2