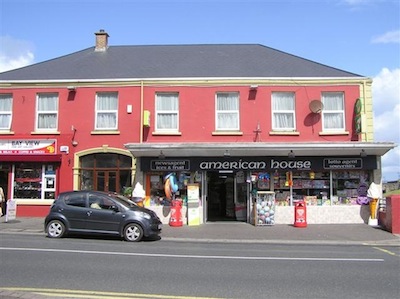 Speculation is mounting that a soldier based at Finner Camp is the winner of the massive €12M lotto jackpot.

The man, who is in his 30s, was at work today but was refusing to comment on the growing rumours that he bought the golden €12 quick-pick ticket.

The winner has yet to claim their prize at lotto headquarters in Dublin.

Speculation is rife that the soldier is waiting for the lotto frenzy to quieten down before claiming his fortune and remaining anonymous.

The ticket was sold at the well-known American House Shop on Main Street in Bundoran.

The owner of the shop, Brian McGovern, 71, says he honestly does not know who holds the winning numbers.

However he says his hunch is that it could be a syndicate who scooped the lotto millions.

He said most single customers opt for a €4 tickets but syndicates often buy tickets worth €12 and more.

Shop assistant Majella Hegarty said staff are getting used to the excitement but they honestly don’t know who the winner is.