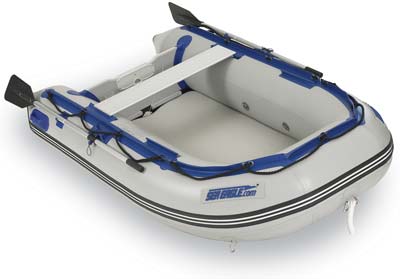 Two men rescued off the coast of Donegal after drifting out to sea in a dinghy that was worth just €50, have been branded ‘idiots’ by those who rescued them.

The two men had to be pulled from the sea following a three-hour operation that took place off St John’s Point in Killybegs, Donegal, late on Tuesday evening.

Coastguard officials believed the men were aged in their 30s, and couldn’t speak English.

The men ran off as soon as they reached the shore.

Rescue workers said the men’s boat was caving in at the sides as it tried to cope with the combined weight of both men.

Coastguard officials have warned novice sailors that they are risking their lives by taking to the sea in such cheap boats.

A Coastguard spokesman said, “The crafts these men were using are completely unsuitable for sea conditions.

“They had no life-jackets and were wearing flimsy clothing, the actions of the men were completely idiotic.

“It was crazy, and it showed a blatant disregard for human life.

“They’re lucky they didn’t lose their lives, but to make matters worse when they were rescued the men ran off and didn’t even acknowledge the help of volunteers who spent three hours rescuing them.

“I ask everyone that intends to go out to sea, to make sure the craft they’re in is suitable for the sea, and that everybody in the craft wears life-jackets at all time.

MEN RESCUED OFF DONEGAL COAST AFTER €50 DINGHY DRIFTED OUT TO SEA was last modified: June 6th, 2014 by John2

Raphoe sparkles to a “Stay at home...