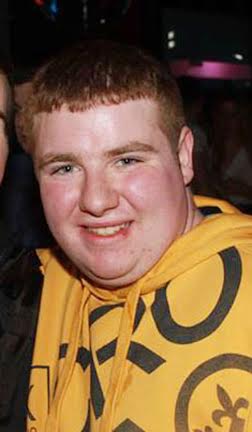 The prime suspect behind the supply of drugs which Gardai suspect killed a St Johnston man has fled Donegal.

A full investigation has been launched into the death of Oisin Crawford.

Oisin, 22, died and five other people affected two weeks ago following a party.

It is understood that Oisin and other pals had taken tablets from a killer batch of ecstasy.

No arrests have yet been made as part of the investigation.

However Donegal Daily understands that one of the suspects in the investigation has left the county.

Gardai are remaining tight-lipped about their investigation.

However a source revealed “Nobody has yet been formally interviewed about the case but a full investigation is ongoing.

“We cannot say any more about the incident at this stage.”

St Baithin’s Church in the village of St Johnston was packed to overflowing as they heard Monsignor Dan Carr plead with young people to stay away from drugs during Oisin’s funeral.

“I would like to give a message today to our young people and the message is very simple – keep away from drugs,” said the priest at the end of the Mass.

“Do not experiment with them; they are highly dangerous. Keep away from alcohol because alcohol is the first step towards drugs.”

Monsignor Carr described how Oisin loved working with his father Seamus at the family tyre business in Raphoe.

He loved stock car racing and got on with his dad more like two brothers than a father and son.

The priest said he hoped the Crawford family did not feel alone at this time because of how the community in the area had come together to support them at this difficult time.

Oisin was laid to rest in the adjoining cemetery, the cortege led there by a lone piper – with a guard of honour from his former school Deele College lining the route.