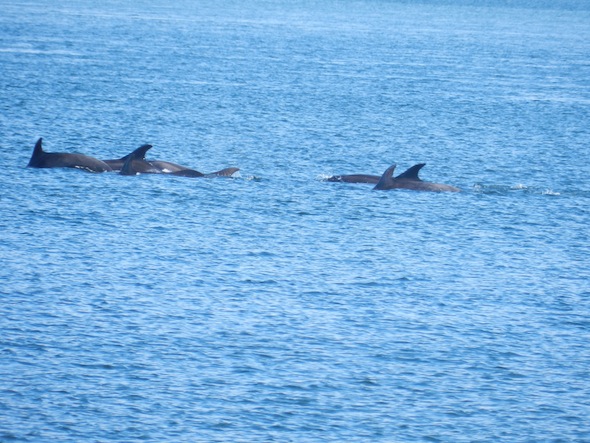 GREEN campaigners say a decision to hold a conference on saving Ireland’s native oysters on the shore of Lough Foyle is yet another reason why Irish Water and Donegal County Council must finally abandon plans to pump treated sewage into the lough.

The authorities admit raw sewage will be pumped into the lough at times of flooding or during emergencies.

The native oyster is under threat; with the Foyle particularly vulnerable to pollution.

The Campaign for a Clean Estuary group (CFCE ), based in Greencastle and Moville has welcomed the Loughs Agency announcement regarding the upcoming Conference in the Redcastle Hotel on “Native oyster regeneration” on 11th and 12 June.

CFCE spokesman Enda Craig said that it is “fitting” that this third conference by the IBIS partnership should meet on the shores of Lough Foyle one of the last remaining sites for the native oyster in these islands.

IBIS are a partnership which include the Loughs Agency as lead partner and University of Glasgow and Queens University, whose function is to help protect aquatic resources across the North, the Border Region of Ireland and Western Scotland.

Mr Craig said that he expected the conference might focus specifically on the problems relevant to Lough Foyle as an example, as a native oyster fishery and on measures to protect and expand activities there.

“We must complement the Northern Ireland Authorities for the manner in which the effluent pipe from the treatment plant at Magilligan was altered to discharge outside of Lough Foyle in recognition of the sensitivity of Lough Foyle’s fisheries and in anticipation of any increased designations for Lough Foyle.

“Our authorities in Donegal however have been completely blind to safeguarding the environment, with the intention of discharging into Lough Foyle, directly into the site of a native oyster bed.

“Our group the CFCE has also informed the Loughs Agency and presented a map of the projected pollution to our beaches and shoreline in the event of catastrophic plant failure, from Kinnego Bay to Redcastle.

“Let’s be frank and honest about this …the man in the street knows that the proposed Moville Greencastle Sewerage Scheme in its entirety makes a mockery of any attempts to enhance and protect the fisheries, including native oyster fishery in Lough Foyle”.

Mr Craig claimed the current proposal flies in the face of the precautionary principle and against the democratic decision of Donegal Co Councillors who held executive function in 1990, when they unanimously voted, as a matter of record, to place the treatment plant and outfall outside the environs of Lough Foyle.

“On this basis the plant must be reinstated as per the agreed 1990 motion. The manipulation of the plant location since 1990 through undemocratic, unprofessional and unfair processes has to be revisited and reversed,” he said.

“This is an ill conceived sewerage scheme proposal both in terms of its configuration and location of plant, pumping stations and outfall. It lacks any sense of natural justice for the people most affected.

“We strongly contend that there needs to be an investigation into the conduct of this project from its inception and into how this shambles denied Moville and Greencastle appropriate treatment works for so long.

“It must be remembered that these specific issues were outside the scope of An Board Pleanala and the subsequent Judicial Review, hence they have never been scrutinised.

“The continuous dabbling with elements of the configuration, as opposed to taking a holistic approach is unacceptable and merely adds insult to injury to those most affected. The very fact that this project has been running for over 30 years must raise concerns in the minds of the public at large. We have been highlighting these fundamental issues for years. It is now past time that these were addressed by the relevant authorities.”