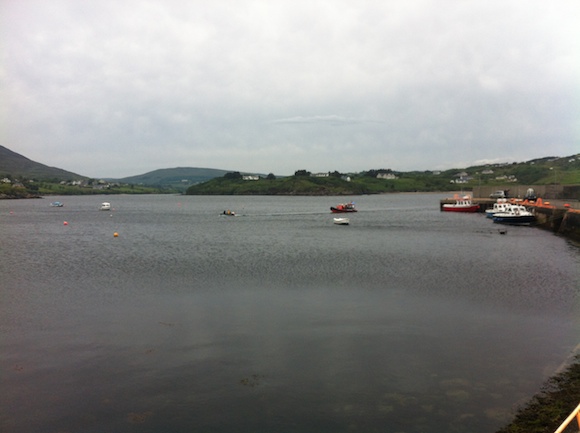 COAST Guard officials today warned of the dangers of going out to sea in cheap supermarket inflatable boats after two more people had to be rescued.

It’s the SECOND incident in a matter of days involving the €50 dinghies.

“Killybegs Coast Guard were tasked by Malin Head Coast Guard Station to a report of two people at sea in an inflatable craft which was unfit for sea,” said Brian Smith from the Killybegs station.

“The two men were off Teelin harbour in poor conditions with only one lifejacket between them.

“Killybegs Coast Guard guided the small craft back into Teelin harbour and to safety.”

Mr Smith said the incident could have been much worse.

“This is the second call out in three days that Killybegs Coast Guard have attended involving supermarket bought inflatable crafts which are unsafe at sea,” he told Donegal Daily.

“We would urge people not to use these inflatables at all. And anyone planning to head out to sea to should always carry a Vhf radio, mobile phone and wear a life jacket which could save your life.”

TWO MORE PEOPLE RESCUED BY COAST GUARD AFTER GOING OUT TO SEA IN €50 SUPERMARKET DINGHY was last modified: June 8th, 2014 by John2