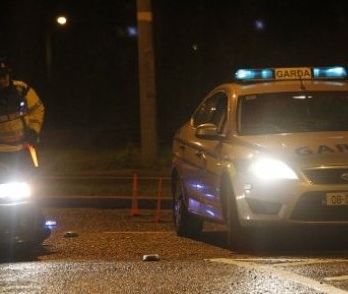 The weekend chase through the streets of Letterkenny could have had fatal consequences, according to eye-witnesses.

Drugs unit Gardaí were on the tail of a suspect in a Seat Leon who refused to stop when ordered to do so.

Instead the suspected dealer took off at high speed, going the wrong way around roundabouts, mounting footpaths and reaching high speeds.

Gardaí were forced to stop the chase, fearing the suspect would kill another road user.

An eye-witness who saw the car chase at the Ballyraine Roundabout said the driver of the Seat Leon could have caused carnage.

“I couldn’t believe it when I saw this guy coming out of nowhere with three Garda cars behind him. He went the wrong way around the roundabout.

“It was around midnight on Saturday night so there was still traffic on the road. If anybody had been coming around that roundabout they would have been killed.

“It was the most frightening thing I have ever seen. I was still shaking a couple of hours later thinking about it.

“If I had been a few seconds earlier then that car could have ploughed into me,” said the driver.

The Seat was later found abandoned in Meadow Hill in the town.

The vehicle was taken away for forensic examination.