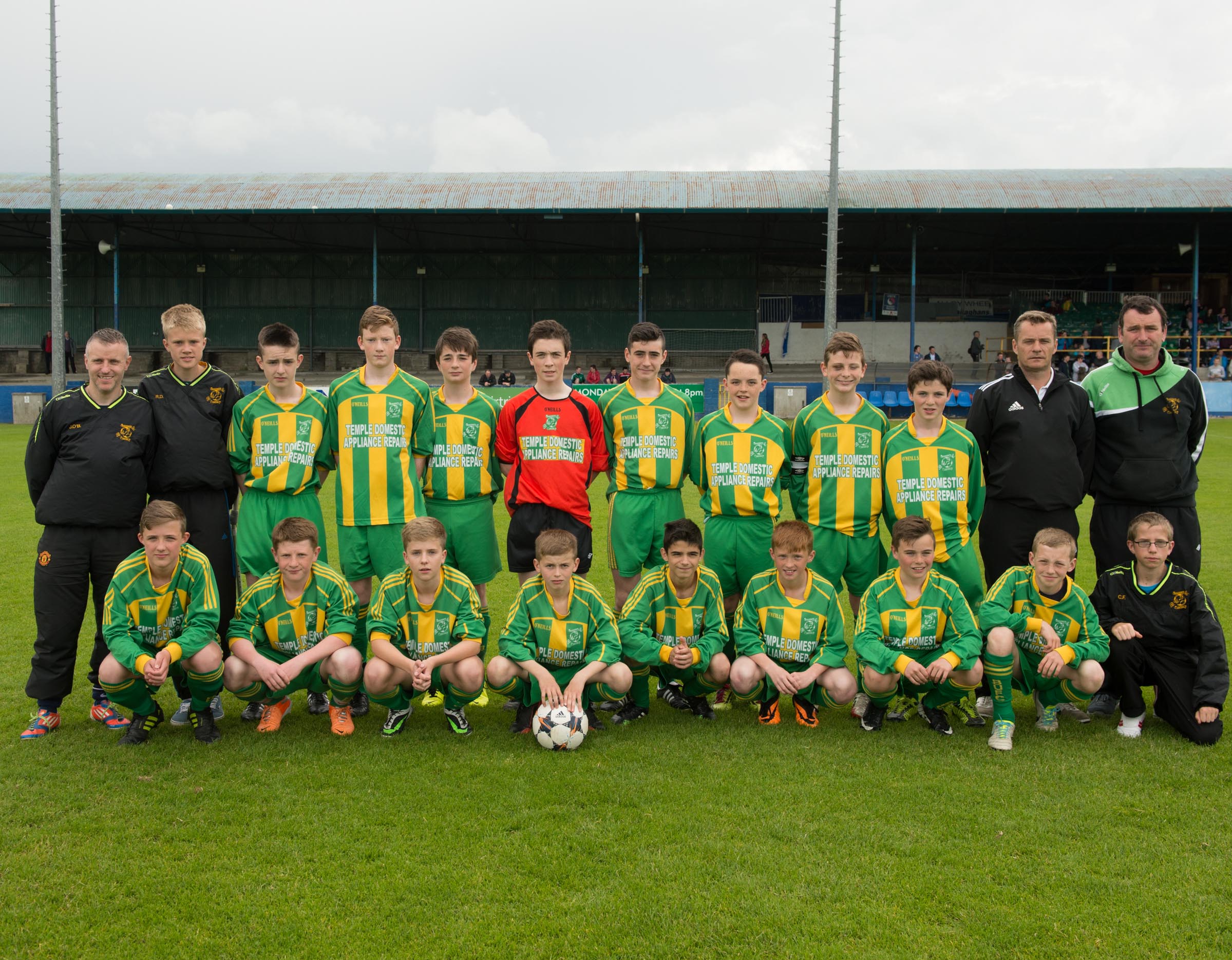 Ireland and Everton star Seamus Coleman was in attendance at Finn Park yesterday, to cheer on his local side St Catherines in the U14 Champions League final versus Bonagee.

In what was a thrilling encounter, it was St Catherines who took home the trophy.

Bonagee had raced into an early two goal lead, but the Killybegs boys showed tremendous resolve and character to come back and win the match 4-2.

Well done to both sides who provided wonderful entertainment for all in attendance at Finn Park.