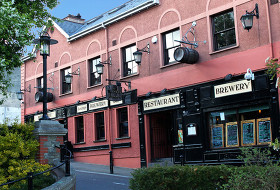 UP to 30 jobs have been saved after two pubs which were in administration were sold.

The Brewery and The Central on Letterkenny’s Main Street were being run by specialist accountants since being taken over from members of the Blaney family ten weeks ago.

Sean Carr, from insolvency experts Vision Accountancy, told the Tir Choniall Tribune today that members of the Blaney family would continue to run the pubs but refused to say who the new owners are.

“It (the sale) comes as a massive relief for the staff and their families and is also important for the social and economic fabric of Letterkenny’s Upper Main Street which was decimated over the last number of years.

“Thirty people are still in jobs rather than joining the dole queues or emigrating.”

Other businesses which also went bust are also being sold in the next few days, he said.

This included the Lagg Service Station in Milford and a shop in Kerrykeel.

The group of businesses went bust owing millions of euro to the banks.

It’s not clear what return there will be in the new arrangements for creditors.