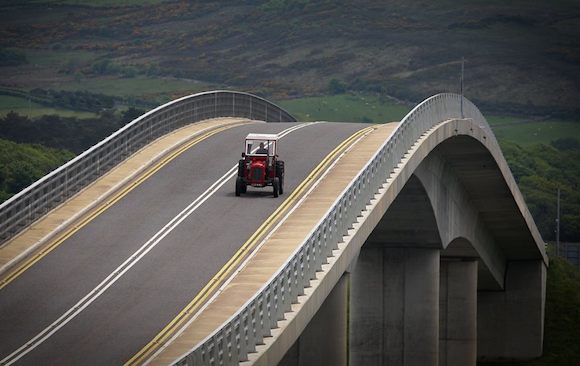 THEY never liked the Harry Blaney Bridge up in Dublin.

How could anyone think of spending €25M on a bridge in the middle of nowhere?

But the late Harry Blaney TD asked for it – and Bertie Ahern wrote the cheque.

It brought the communities of two peninsulas in north Donegal closer together; but it is still rarely used.

In this stunning picture photographer Brian McDaid, from Letterkenny’s Cristeph Gallery, captured Eamonn Doherty from Carrigart using the bridge in his 1964 Massey 35.

It was shown in a national newspaper last week; and when he posted it on social media last night, the incredible picture went global.