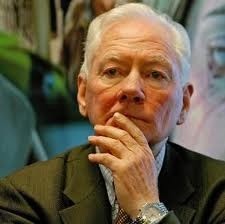 GAY Byrne is quitting the Road Safety Authority as its chairman after blasting the Government over lack of Garda resources.

The TV presenter, who is 80 this summer, has been highly critical of the Government over its ‘failure’ to provide adequate resources to Gardaí.

His comments come as the number of Gardaí on duty across Donegal continues to fall, with resources in the traffic corps at an all-time low.

Byrne, who spends an increasing amount of time at his west Donegal holiday home, said he drove there last week from Dublin and back to the capital again without seeing a single garda.

“I saw not a garda in a single yellow jacket of any kind. I have been complaining for the last year about the lack of resources, the lack of equipment and the lack of fleet given to An Garda Siochana to do the job they are supposed to be doing,” Byrne said in a weekend interview.

“If you speak to people in rural areas, who are deprived of a garda presence because the local garda station has been closed down, this is what they are complaining about.

“My remit is only in relation to road safety, but I continue to complain that enforcement has gone off completely and totally,” Byrne told the Sunday Independent.

And in controversial comments he said people were only targeted on bank holiday weekends and went on to claim: “You are as safe as houses now in Ireland drinking your skull off and driving any day of the week provided it is not a bank holiday weekend.

Last year Byrne clashed with then Justice Minister Alan Shatter over the lack of resources for Gardai as the death toll on our roads rose again.

Gardai were doing their best, he said, but he claimed: “They don’t have the motorbikes. There is a stack of them laid up, in some bloody place where they put worn out motorbikes.