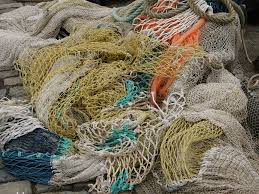 A JUDGE has ordered the destruction of a series of items used by Donegal poachers.

Judge Paul Kelly made the order after an application by the cross-Border Loughs Agency.

Conservation officer John McCartney said the haul amounted to items seized on the Donegal side of the Border in 2013.

The Loughs Agency has to apply to the court for destruction orders on items which it seizes in the line of duty.

All of these items were seized by Fishery Officers in Donegal in cases where people were illegally fishing made off leaving them behind, Mr McCartney told Judge Paul Kelly.

“In the case of nets, given the low salmon numbers particularly in the River Finn, fishery officers will seize a net to prevent fish getting trapped rather than wait for the poachers to return to collect it,” he said.

“This was of particular concern last year when we had a period of low water and high temperature conditions.”