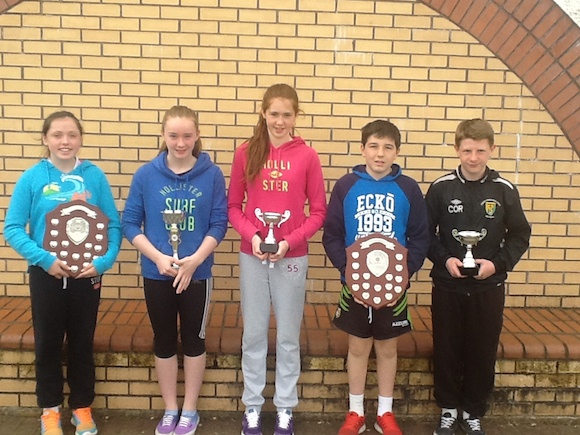 Medal winners from Illistrin in track and field events during the year.

Special awards for these great children,drama,Gaelic football,spelling b and gymnastics