SHOOTING OF NEW FILM STARTS IN DONEGAL NEXT WEEK

A short film based on the famous Irish poem An Crann will begin shooting in Glenties next week. 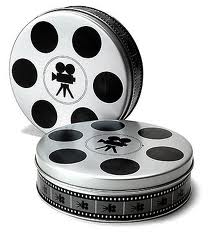 The film, based on Núala Ní Dhomhnaill’s poem of the same name, starts shooting on June 26th.

An Crann is a transatlantic project, with a crew comprised of recent graduates from both New York University’s Tisch School of the Arts and the National Film School at IADT Dun Laoghaire.

The film tells the story of Brendan and Aisling, a couple who have lived together in Donegal for twenty-five years. Their lives are relatively uneventful… until one day, a strange new neighbour chops down their tree.

When Aisling informs their neighbour of her mistake, the woman invites Aisling to cut down one of her trees in retaliation. Brendan relishes the opportunity for payback, whilst Aisling is determined to forgive and forget. But the woman continues to wheedle her way into the couple’s lives, and soon Aisling is forced to make a hard choice.

The film stars veterans of the Irish screen and stage Bairbre Ní Caoimh and Nichola MacEvilly, in an Irish language script by Emma Carlson.

Núala Ní Dhomhnaill is one of Ireland’s preeminent poets, and writes exclusively in Irish. Her work has been translated to English by Paul Muldoon, Seamus Heaney, and Medbh McGuckian. An Crann appears in Ní Dhomhnaill’s 1988 Rogha Dánta: Selected Poems.