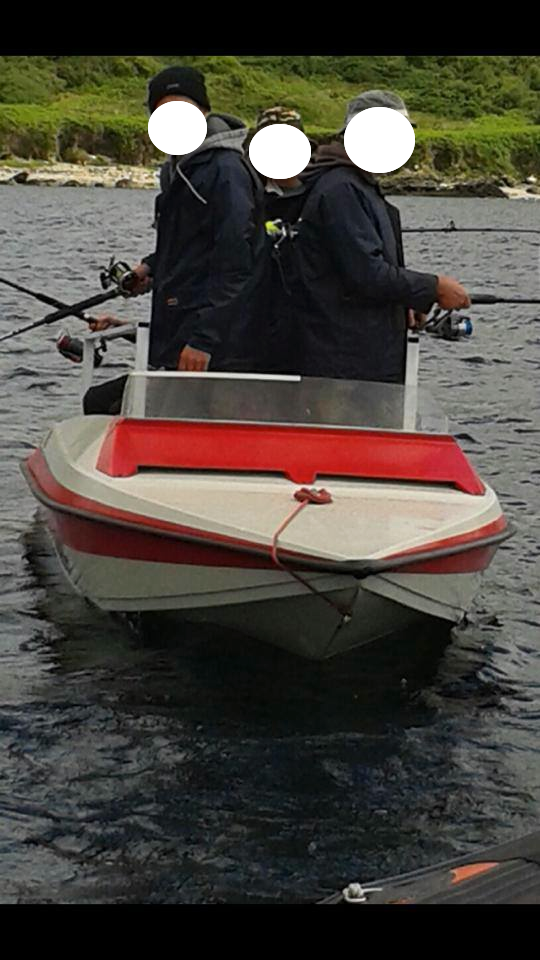 BONKERS! ANGLERS PACKED INTO BOAT LIKE SARDINES AND NOT WEARING LIFE JACKETS

Anglers all at sea found by Killybegs Coast Guard

COAST GUARD officers have described as “madness” after going to the rescue of anglers off County Donegal.

And officers from Killybegs only came across the vessel – because they were taking part in a Search & Rescue course.

“The madness continues,” said a Killybegs Coast Guard spokesman, following a number of incidents in recent weeks involving anglers in inappropriate vessels – including a €50 supermarket dinghy.

“We were out today taking part in a SAR course and came across four more big men like sardines in a wee boat with no life jackets and no space to move in.”

The men had travelled from Bundoran.

The spokesman expressed frustration that the four anglers were actually breaking the law.

“It is law that on vessels under 7m all passengers must have life jackets actually on,” he said.

“Children must have them on when out on any size of boat.”

BONKERS! ANGLERS PACKED INTO BOAT LIKE SARDINES AND NOT WEARING LIFE JACKETS was last modified: June 22nd, 2014 by John2