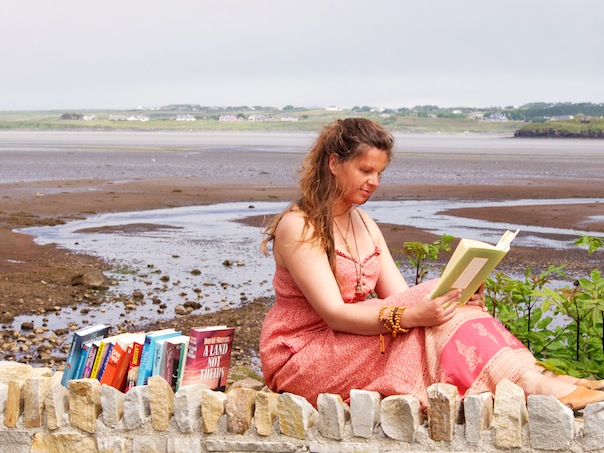 WRITERS FROM AROUND GLOBE TO DESCEND ON DONEGAL FOR WRITING RETREAT

Beautiful weather in Donegal brings out the best of reading
Antonia Leitner from Austria enjoys some reading.

Inspired by the raw beauty of coastal northwest Donegal, scribes from several different continents are bound next week for the tiny hamlet of Bun na Leaca in the Gaeltacht for Ireland’s newest international creative writing retreat.

And as part of it, established authors from both Ireland and abroad in many genres – including crime, literary fiction, memoir and sci-fi fantasy – will be among those speaking at the week-long event, which lasts from June 28 until July 5th.

Participants include men and women travelling from as far away as Perth and Victoria, Australia; Minneapolis and New Hampshire in the US; and from Somerset in England.

The ‘Ireland Writing Retreat,’ as it is known, is organized under the catchphrase ‘Forgotten County, Remembered Words.’

Those, from Donegal or farther afield, wishing to attend – there are still four places available – can do so by contacting www.irelandwritingretreat.com

Participants on the course will learn a range of key skills for writing good fiction, with many of them linked to the six basic underlying tenets of journalism – who, what, where, why, when, and how? Sentence structure, character development, plot evolution, suspense and descriptive narrative are among those skills that will be learned. 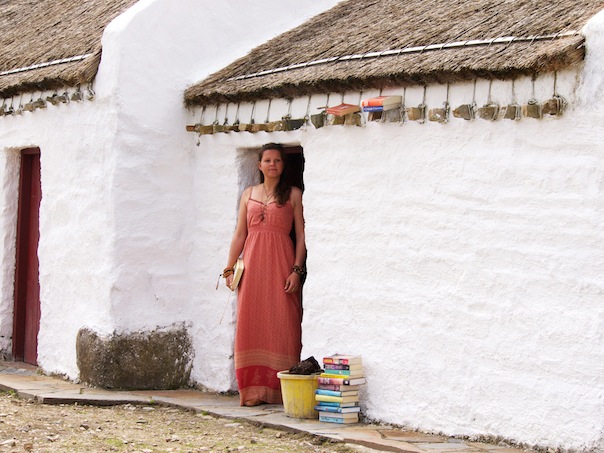 In addition to practical training in writing and editing for different formats, including short story, novel and memoir, participants will receive introductory Gaeilge language tuition and be taken on historical guided walking tours of the area to learn about the life of the local people and about the various Celtic legends that have been handed down through the generations.

Evenings will be packed with lively music with participants learning traditional Irish ceildhe dancing as well as attending music concerts and seisúns in popular Teac Jack’s in Glassagh.

“With the raw, natural landscape and dramatic history that west Donegal offers, writers – indeed artists of all kinds – cannot but be inspired, its pristine mix of lake, island, mountain and sea providing a clarity of vision second to none,” said Sean Hillen, journalist, publisher and author with more than 30 years of international writing experience, who will be one of the teachers on the course. “Pearls of beauty such as Errigal and Muckish Mountains, the Poisoned Glen, Bloody Foreland, Glenveigh National Park and Tory and Gola Islands provide prefect mood-setters for meaningful conversation, contemplation and fine writing. And for program participants to also learn some of the native language, traditions and legends is a wonderful bonus. If you want to learn to be a better writer, I guess there’s no better place to do it than on the most beautiful coastline in all Ireland.”

In addition to his own writing, Sean has conducted a series of comprehensive interviews at book fairs and writing conferences worldwide with a wide range of best-selling authors in many genres including David Nicholls, Lee Child, Ian McEwan, Douglas Kennedy, Kate Moss, Daniel Wallace, R.J. Ellory and John Connolly and their insights will be passed on to participants on the writing courses.

Many journalists, including some in the list above, have gone on to become successful, best-selling novelists. They include Ernest Hemingway (Sean once held the very same reporting position as Hemingway while working at The Kansas City Star Times in the mid-1980s); Lee Child, David Nicholls, George Eliot, Guy de Maupassant, Mark Twain, and Graham Green, to name but a few.

Antonia Leitner, from Carinthia Austria, is volunteering her assistance on the retreat.

“I moved to Dublin to study for my Masters degree in inter-cultural studies and came to the peace and tranquility of west Donegal a few weeks ago to complete my thesis,” she said. “It is a perfect place for artists of all kinds – painters, writers or sculptors.”

WRITERS FROM AROUND GLOBE TO DESCEND ON DONEGAL FOR WRITING RETREAT was last modified: June 23rd, 2014 by Stephen Maguire
Tags:
donegalwriter's retreat