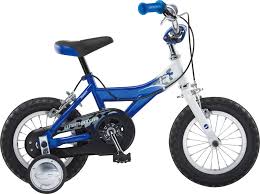 MAN CAUGHT BY GARDAI DOING STUNTS ON CHILD’S BIKE ON MAIN ROAD AT 4.20AM!

A drunk man who was caught by Gardai doing stunts on a child’s bike on a main road at 4.20am has been fined €100.

Lynch was doing stunts o a child’s bike at 4.20am!

Darren Lynch, 24, was spotted by Gardai on a road at Grahamsland, Castlefin on June 2nd, 2013.

Gardai revealed that Lynch was drunk and was doing skids in the middle of the road on the child’s bike.

When told by Gardai to get off the road, Lynch became argumentative and also initially gave a false name.

He was eventually arrested.

Judge Paul Kelly asked Lynch how would he feel if a car was coming on the road and hit a person riding a child’s bike in the middle of the road at 4.20am?

“I would feel very bad. I’m sorry. I just had too much to drink but I don’t drink that often,” said Lynch.

Judge Kelly replied “It’s something you should do a lot less of.”

Judge Kelly ordered Lynch to pay €100 to Donegal Youth Services by next September.

If he did so, Judge Kelly said he would not record a conviction against Lynch.

MAN CAUGHT BY GARDAI DOING STUNTS ON CHILD’S BIKE ON MAIN ROAD AT 4.20AM! was last modified: June 23rd, 2014 by Stephen Maguire