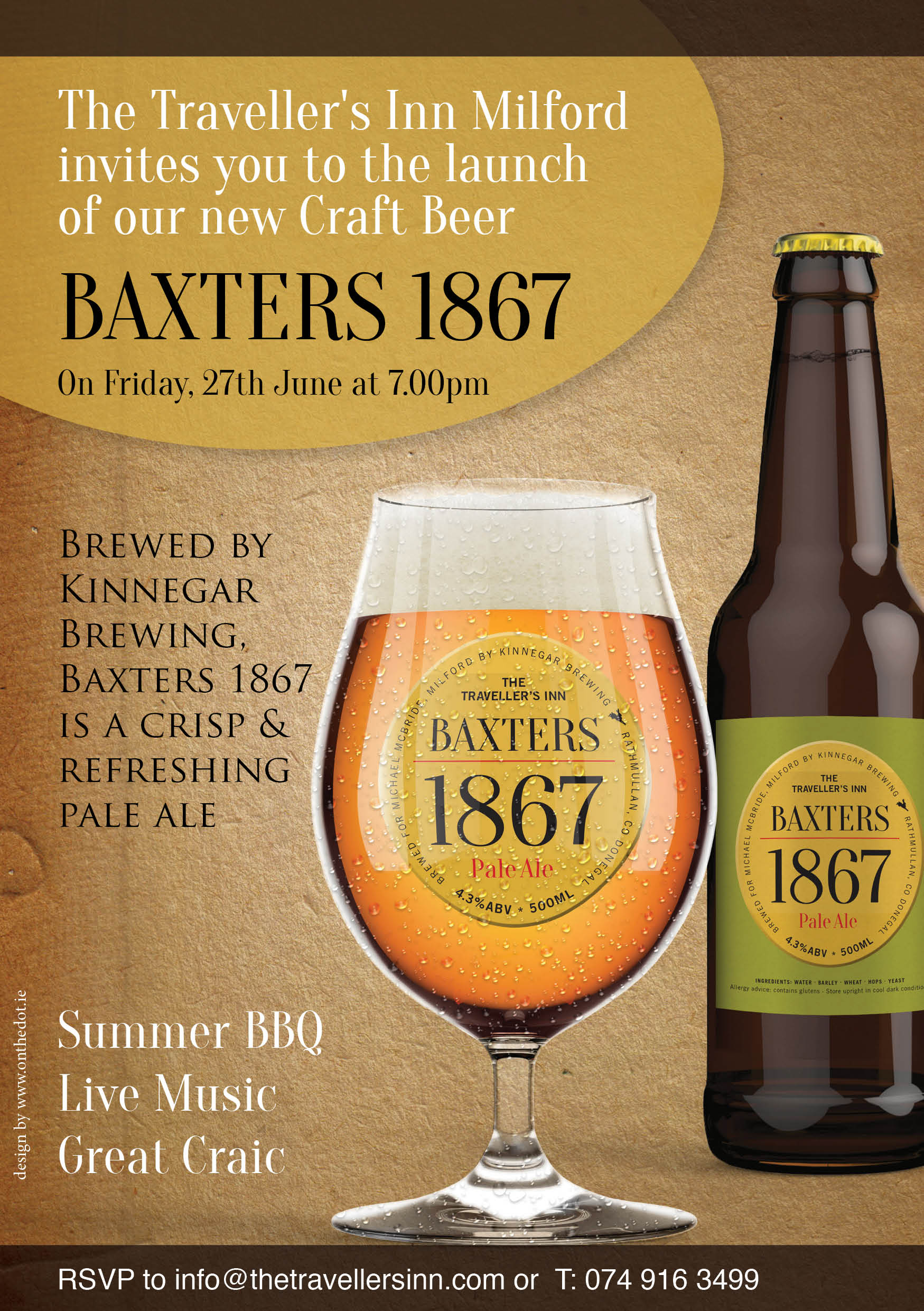 BEER, BEER! TOWN TO GET ITS OWN TIPPLE NAMED AFTER LOCAL WAR HERO!

A beer in memory of an American Civil War hero who hailed from Milford is to be launched in the same Co Donegal town.

The Traveller’s Inn, Milford has launched the new house beer, which will be known as ‘Baxters 1867’.

Owner Michael McBride commissioned the craft beer in honour of the Baxter family, whose roots to the building go back to 1867.

Brewed by Kinnegar Brewing, ‘Baxters 1867’ is a crisp and refreshing pale ale.

The beer is based on an American pale ale style in recognition of Samuel Alexander Baxter, who fought with the North in the American Civil War.

Commenting on the launch, Michael McBride says the history of the Baxter family goes back a long way.

‘I’ve been interested in the history of the building for quite some time and have often heard references relating to the Baxter family like the phrase ‘there’s still a light in Baxter’s’. Or the warning that was issued to many a misbehaving student, who was told they would ‘only be good for holding up Baxter’s Corner’.

“I was intrigued by the family’s story, particularly when I discovered the connection to the American Civil War. I asked Rick LeVert from Kinnegar Brewing to create a craft beer inspired by the Baxter legacy and I’m delighted with the result.’

Rick LeVert, Kinnegar Brewing says they loved working with Michael on this project.

“Kinnegar Brewing is all about finely crafted, all natural farmhouse beers. Collaborations with like-minded, local businesses like Michael’s are a natural fit for us and a great way to experiment with new recipes and flavours. The added bonus is that customers get to experience more variety, enjoying craft beer at its best.’

The launch of ‘Baxters 1867’ is a summer event not to be missed.

‘Baxters 1867’ is exclusive to The Traveller’s Inn and will officially launch with a summer barbecue on Friday, 27th June at 7.00pm. All are welcome to come along, sample the beer and enjoy live music from The Brambles and DJ Paul McGlynn.

BEER, BEER! TOWN TO GET ITS OWN TIPPLE NAMED AFTER LOCAL WAR HERO! was last modified: June 25th, 2014 by Stephen Maguire