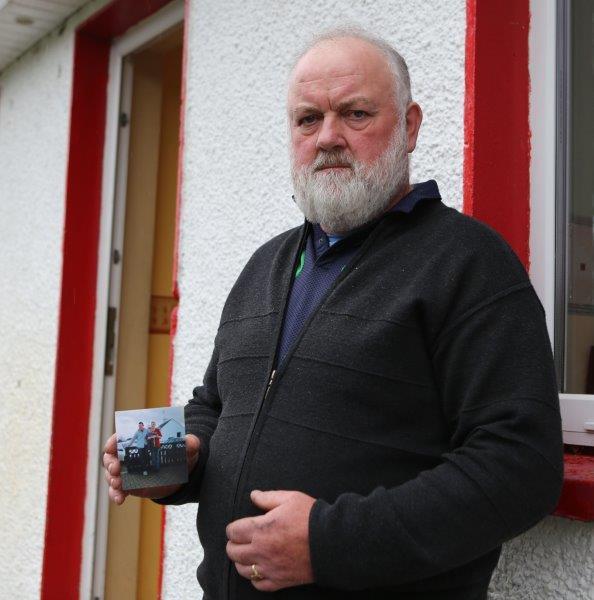 HEARTBROKEN FATHER: I WILL NOT ALLOW MY DEAD SON TO BE CREMATED

The father of a Co Donegal man who was mowed down and killed after reportedly going on a stabbing spree says he will not allow his son to be cremated. 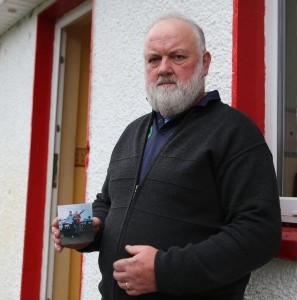 Patrick McLaughlin holds a picture of his youngest son Enda at his home in Glentogher. Pic Copyright Northwest Newspix

Enda McLaughlin, was killed by a car in Germany as he fled across a road on Monday after stabbing three people.

The 27 year old Carndonagh man, who had mental health issues and a string of previous convictions, moved to Holland recently after being released from Castlerea Prison where he was serving a two year sentence for assault.

However his family have been told that it will cost thousands of euro to fly his remains home to be buried in his native Carndonagh.

The family said they simply do not have the money but do not want Enda cremated.

His heartbroken father Patrick said they are now hopeful that the Irish Government will step in and help fly his son’s remains home. 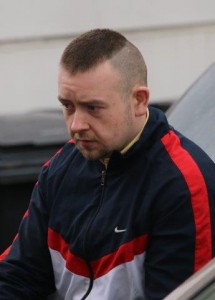 “We were told it would cost a lot of money and we simply do not have it.

“But the one thing I do not want is for Enda to be cremated. I want to be able to bury my son in Carndonagh graveyard and to be able to visit his grave.

“I am not a hugely religious man but I need to be able to visit home and feel that he is close to us. That is all we want,” he said.

The family are being helped by local Fianna Fail TD Charlie McConalogue who is also from Carndonagh.

Mr McLaughlin said he hopes to have his son’s remains home next week from Germany and to give him a proper burial.

“Charlie McConalogue and our solicitor have been very helpful and I am hopeful we can have Enda’s remains home next week so we can bury him,” he said.

Mr McLaughlin, from the townland of Glentogher, two miles outside Carndonagh, said he has been touched by people’s kindness to his family.

“I have been very touched by the number of people who contacted us to say they knew End and not one of those who phoned us had a bad word about him.

“Yes, he had his troubles but deep down, he was a good lad who was let down by the health system.

“He had mental health issues and he just didn’t get the help he needed from an early age,” he added.

HEARTBROKEN FATHER: I WILL NOT ALLOW MY DEAD SON TO BE CREMATED was last modified: June 27th, 2014 by Stephen Maguire
FacebookTweetLinkedInPrint
Tags:
CarndonaghEnda McLaughlinGermanyPATRICK MCLAUGHLINstabbing