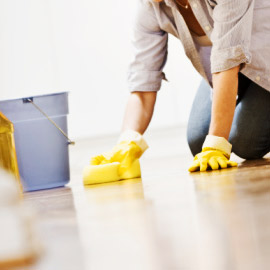 ANOTHER young au pair has come forward to say she was treated in slave-like conditions by a couple living in Letterkenny.

The young woman was expected to do all sorts of jobs during her 70 hour week for just €65.

The 17 year old French woman was forced to climb out of a window because of the way she was being treated by the family she was staying with.

The young lady is the THIRD au pair who has been forced to flee the house in recent weeks.

Another Australian woman and also an Italian woman were also forced to leave their positions after claiming they were being mistreated by the family who are foreign nationals.

All the young women claimed they were given very little to eat and were forced to work for more than 70 hours for just €65 a week plus bed and boarding.

Local businesswoman Karen McGlinchey told the Shaun Doherty Show on Highland Radio that a local businessman found the girl at the bus station after she had fled the house.

The girl is currently at the hostel which belongs to her sister Adrienne.

Karen said the woman was given very little to eat and was even shown a video of how to clean carpets and other duties expected of her.

OUTRAGE AS THIRD AU PAIR REVEALS SHE WAS TREATED LIKE ‘SLAVE’ BY FAMILY was last modified: June 27th, 2014 by Stephen Maguire