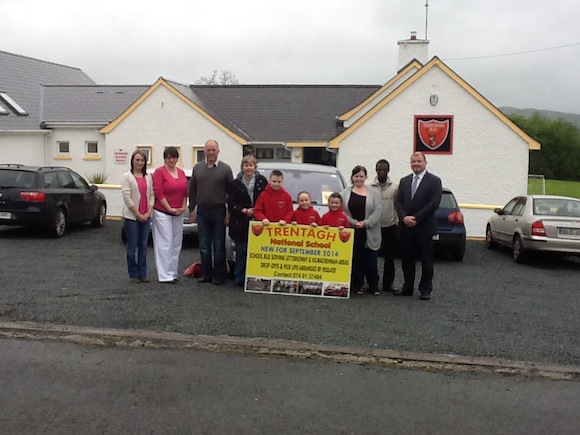 VICTORY! TINY SCHOOL WINS BATTLE TO KEEP TEACHER AFTER HIRING THEIR OWN BUS

A tiny two-teacher Donegal school has won its battle for survival after launching its own bus service.

Trentagh National School, just ten minutes outside Letterkenny, was threatened with the loss of one of its teachers because it did not have enough pupils.

The school, which has a proud history of education, was warned by the Department of Education that it faced sanctions if numbers fell.

In line with Department policy, the school was told that it must have a minimum of 19 pupils but feared they might have just fallen short of that number.

So the school’s Board of Management and principal Ms Norma Summers decided to hire a bus in order to attract pupils from the surrounding areas.

And now the plan has paid off after the school attracted enough numbers to cover two teachers for next year’s school year which starts in September.

Principal Ms Summers told Donegal Daily that the gamble has paid off.

“Not only that but we have had quite a few enquiries from new families who will be sending their children in the next few years,” she said.

Cllr Ciaran Brogan, who has also campaigned to keep the school open, said he was delighted by the news.

“Trentagh National School has a wonderful history of education and they have two hugely dedicated teachers supported by a very strong Board of Manageemnt.

“I am delighted that common sense has prevailed and I hope the school continues to flourish for many years,” he said.