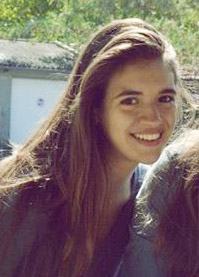 DONEGAL PUBLIC COME TO THE AID OF STRANDED AU PAIR

The young au pair forced to flee the home of a Co Donegal-based family has been inundated with offers of help from local people.

Myriam Sbaouni, 17, from France, was forced to climb out of the window of a Letterkenny house after just two days of arriving at her host family after claiming she was not being treated fairly.

Donegal Daily advertised Myriam’s position as an au pair and we have received numerous kind offers from families across the county inviting her to stay with them over the summer months.

The young law student from France was the THIRD au pair who has been forced to flee the house in recent months.

Another young Australian woman and also an Italian woman were also forced to leave their positions.

All the young women claimed they were given very little to eat and were forced to work for more than 70 hours for just €65 a week plus bed and boarding.

Myriam Sbaouni fled the house after claims the family were not standing by an agreement set up between them and the au pair agency.

“I was told I would be working six days instead of five and I got very little to eat. They also had cameras in the house.

“Also I was told I would only have to do light housework but I got a list of all I had to do.

“This is not what I thought I was going to be doing,” said the law student.

Miriam revealed how she was given a video to watch when she arrived in the house explaining how to clean carpets and make beds.

After just two days she realised she was being exploited for just €65 per week but expected to work up to 70 hours.

She was given little to eat and given a roster which explained all the duties expected of her including cleaning bathrooms.

She decided to leave but was forced to escape the house through a window when she found the front door of the family’s home locked and without a key.

She fled to a nearby hostel run by a local family.

Businesswoman Karen McGlinchey, whose family run the establishment, knew straight away that the same host family were involved.

“My sister Adrienne, who runs the hostel, knew it was the same family as both the Italian and Australian girl who fled the same house had stayed here.

“This poor girl came to us and told us the exact same story as the previous two girls of how she had been mistreated.

“It is just not on in this day and age. People have rights and this kind of practice has to be exposed,” she said.

Myriam turned to a local businessman whom she met when he had been collecting his own au pair from a bus station in Letterkenny this week.

He waited with her and telephoned Myriam’s host family when they had not turned up.

The businessman gave Myriam his email and two days later she contacted him to tell him of her plight.

He has now come to her aid and he seeking to place her with another local family until the end of August when she plans to return to France and to continue her studies.

“A man collected her and he appeared nice enough even though I thought it was a little strange that it turned up late and we had to telephone him to collect Myriam.

“I’m very disappointed that this has happened but we will get her sorted.

“I was shocked to hear that this was the third such au pair who had left the family.

“The matter needs to be looked into by whoever the relevant authorities are in this matter,” said the businessman.

Local Gardai are aware of the situation but insist the family are not breaking the law.

On a previous occasion, they accompanied one of the au pairs to collect her personal belongings after she fled the house.

An Italian au pair who fled the house recently also revealed that her toilet tissue had been rationed by the couple.

She was also reprimanded by the woman for eating some crusts from some sandwiches she had made for the couple’s child.

Aoife Smith, a spokeswoman for the Migrants Rights Centre of Ireland, said young women need to realise they do have rights.

But she appealed to any young au pair who feels they are being exploited to come forward in confidence to speak to them.

“We need to continue to highlight these cases and raise them at a national level so the Irish Government sits up and takes notice that these young women are being exploited.

“We would appeal to this young woman and women like her to come forward in confidence and we will assist them in any way we can.”