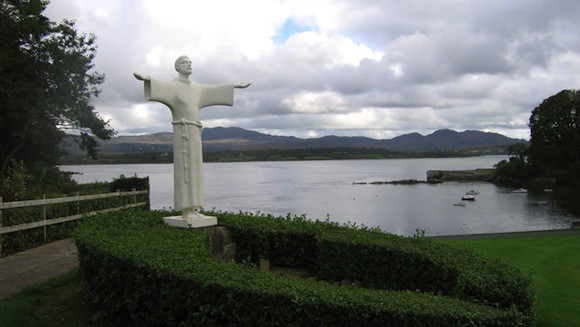 BREAKING NEWS: Gardai have launched an investigation to find a missing man after his yacht was found moored off Sheephaven Bay.

The yacht is anchored off Sheephaven Bay

The yacht has been anchored in the bay for up to the past ten days.

However, the alarm was only raised last night when the man’s family contacted Gardai.

They boarded the yacht and found no trace of the man who is understood to be from the Inishowen Peninsula.

A smaller vessel which was attached to the yacht was found turned upside down in the water.

An immediate search was launched around the lough between Sheephaven Bay and Hornhead Head by the Mulroy Coastguard RIB as well as the Rescue 118 helicopter from Sligo.

However, no sign of the skipper of the yacht has yet been found.

He was believed to be the only person on board the boat.

It is understood that further searches will be launched at first light this morning.